Past the New Moon

Sorry for the delay, but in fact I am in time to point at an important aspect combination during New Moon: Mars opposition Eris and Eris inconjunct Saturn. A Mars-Eris combination was prominent in the chart of Pearl Harbor. And though there are Mars-Eris aspects throughout the year, I believe that the third party (Saturn) warns us to be careful and vigilant. Today I read that there was a fiery conflict (Mars-Eris) between North- and South Korea. There is Ukraine. And there is Syria. As charts are to be seen in the light of the situation and conditions, I think that this combination is more dangerous than it seems to be. Any fiery conflict could explode. With Venus trine Mars and sextile Eris, square Saturn there is a big role for diplomats.

In The Netherlands, Mars and Eris are on the horizon:

The New Moon and the Sun are in aspect with Jupiter, Uranus and Pluto, promissing new inventions and more tension. It will not be a quiet spring. But is there ever a quiet spring? Think of 1968 and the so called Arabian spring... When the New Moon is in Aries and there is a need for action that is not being used to just clean the carpets and sew or buy new cloths, the mood might get fiery. Aries, after all, is the first fire sign and Ares was the god of war.

For me, with New Moon in the first house, it is time to take care of myself. I did so yesterday, and the day before. After removing the winter cloths and planting colourful flowers, I enjoyed the extremely high temperatures (as if in May) in the garden. Safely:)... 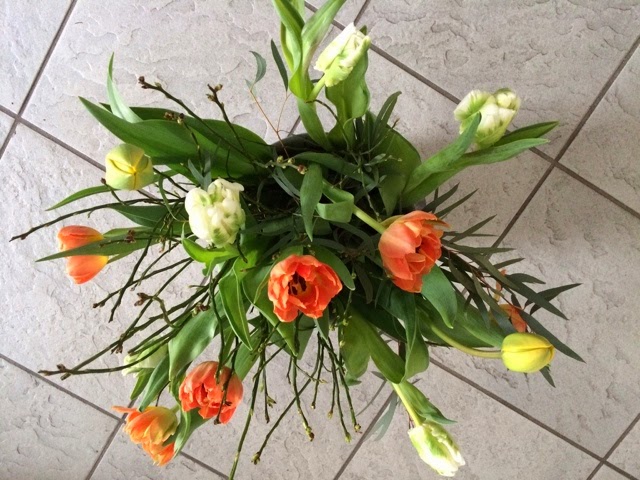 Thanks for visiting Astropost today! Wishing you a flowery and peaceful spring!