Mars-Saturn is one of the symbols of death (and other things*). Transit Saturn was square Mickey Rooney’s progressed Mars and semi sextile his natal Venus when he died, age 93 (!and they didn’t want him to serve in the army because of his heart!). Also transit Pluto was opposite his progressed Moon in 8. More transits and progressions accompanied him on the final journey, like transit Jupiter in 8 square Mercury and Jupiter also trine progressed Ascendant. Jupiter is often visible in the chart of someone who was very old or ill and died (See Jupiter, when you die).
Finally, there was transit Uranus trine Mars to make it fast.

URANUS SQUARE SUN/MOON
Mickey Rooney was an actor. First of all, he had ambition and followed his parents (Vaudeville artists) in their footsteps (Saturn rises before his Sun). In his branche he was exceptional (Uranus square Sun/Moon midpoint) because of his size. Uranus with Sun/Moon is not a guarantee for a long lasting marriage, so it is not surprising (sic…) that he married 8 times.

VENUS CALLING!
Rooney’s chart is a B-rated chart so that the Ascendant, MC and Moon may not be correct and only those transits and progressions in blue are valid (whatever hour of birth). The pattern of artistic talent is mostly formed by minor or major aspects between Moon, Venus and Neptune related to Midheaven. In this chart we see Moon 105 degrees Venus and opposite Neptune but no aspect of Moon-Venus-Neptune with MC. The Midheaven ruler is Mercury in Libra and as Venus is in Libra, too, Venus is the final ruler of the MC. That makes Venus double as important as Venus already is, because: Venus is ‘calling’. Entertainment, love, women, talent, diplomacy and everything nice and pretty would be manifested in his life, somehow, anyhow and at any possible level. Didn’t it? 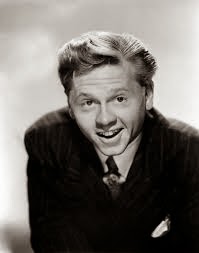 See http://www.astromarkt.be/mars-in-aspect-with-saturn.html on Mars-Saturn aspects or visit my blog ART&ASTROLOGY for more charts of those who work in the field of art or entertainment.