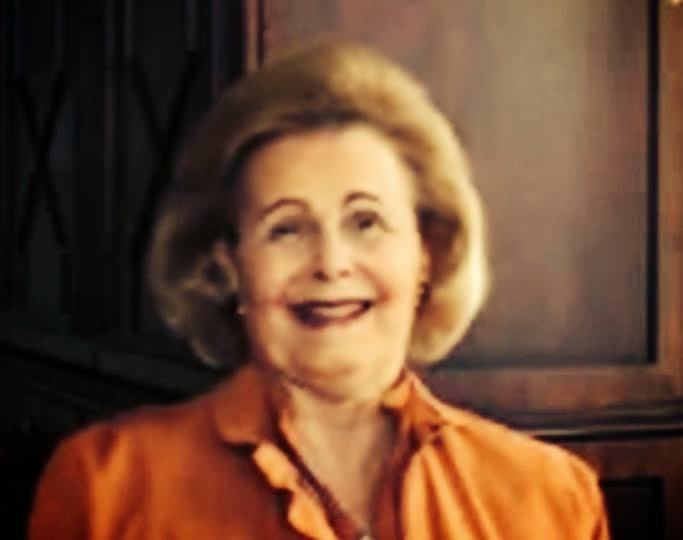 It is April 10, the birthday of Joan Quigley, one of the most noted astrologer's in the USA, because she was Nancy Reagan's private astrologer since 1973 (her progressed Midheaven trine her natal Uranus). Astrodatabank mentions that unsuccessfully tried to start a dot.com business in 2001 (with Progressed MC semi square Pluto and progressed Sun square Uranus).  She is 87 now and the transits of Uranus, Pluto and Jupiter all hit her progressed Sun lately.

The importance of the angular Mercury, the angular Jupiter and the 'calling' Uranus*) would already point at the 'helicopter view mind' that is required to study (Mercury) astrology (Jupiter-Uranus), but also shows how important communications (Mercury), techniques (Uranus) and guidance (Jupiter) are in her life, apart from family matters (Ceres).   The Aries Sun shows enterprise and the Leo Moon is for the glamour. Being the advisor of USA's First Lady is of course something to be proud of. The cool Virgo Ascendant is trine Venus, corresponding with the fact that she was pretty. Perhaps Sun in 8 inconjunct Ascendant shows us that she was 'a star' in the eyes of many, but (inconjunct = 'but') exaggerated, or at the cost of her own lifestyle.

Well, let's not be sad about the lack of appreciation and let's find the astrology in her chart that you see here with transits and progressions for today, her birthday.

1. Uranus is 'calling' (no aspects in 5 dg orb or in sign) and rising before the Sun + at Aries Point.
2. Jupiter is opposition Ascendant.
So both Jupiter and Uranus are important

Midpoint Jupiter/Uranus is in the 25th degree of Pisces, square Mars in X (and square the Galactic Center)

I also like Neptune/Pluto midpoint semi square Midheaven for the discretion that was required in her position.

Here is an interview with her in 2002 called 'The cosmos of Joan Quigley'
https://www.youtube.com/watch?v=4T-Cxh5SPWI
I hear her say that she entered the mass market in the early 90's and found that she couldn't deal with it, because there is no mass astrology (very true) and that one day astrology will be recognized (I have my doubts…but I am glad that I did:).

The day Astrology is recognized is the day the Authorities will implement One Way to become one (like lawyers and doctors).

I believe it will happen (when Pluto enters Aquarius - probably during that transit) and also believe many astrologers won't be so happy when it does happen.

It will be a way to control and limit Astrology.