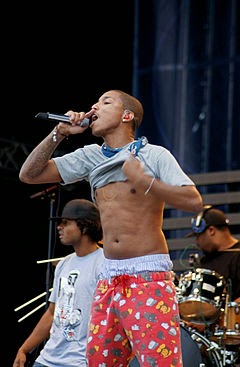 Pharrell Williams' hit 'Happy' scored an international record high and that is so amazing that it made him cry, yesterday, when Oprah Winfrey (use the link) interviewed him. Earlier, in March 2013, there was the shared success with Blurred Lines (see YouTube) and now he made it on his own.

You probably know that I am convinced that there is more value in transits and progressions when they connect those planets that make a natal aspect (I named that: the 'resonance' effect). Well, the release of 'Happy' was on November 21, 2013.


This triple Mars-Jupiter 'event' (meaning successful action) corresponded with the success of 'Happy' more than the inconjunct of transit Saturn with natal Saturn did (of course). That reminded me of a mail that I got from a lottery winner who wasn't happy with her astrologer, who failed to notice the Jupiter-progressed Moon notice and only looked at her Saturn square Saturn to predict her a sad year instead of the lucky win. Time (very Saturn word) to have a look at the Saturn cycle.

SATURN CYCLE
The Saturn-cycle can never have a 'resonance effect'. Maybe that is why the Saturn-cycle doesn't seem to be as important for the development of an individual as transits and progressions. Another reason is, that we all go through those same cycles and when I say WE, I mean WE ALL. At a certain age we grow up, recognize our mistakes, are 'responsible', age and deal with the bad sides of aging. That is what transits of Saturn do when they hit Saturn. The conjunctions are especially important (the Saturn Returns) in our lives. They come when we realize that we aren't 'young' and/or 'getting old'. Find out more about those here: http://astropost.blogspot.nl/2012/07/saturn-conjunct-saturn-sorry-its.html and read that Saturn-Saturn is memento mori time.

GRANDPARENTS AND SATURN
Time goes bye and flies like an arrow, and even harder when it is 'memento mori time'. I have no idea in what way Transit Saturn inconjunct Saturn (memento mori) popped up in the life of Pharrell. I hear him speak of his grandmother (who pushed him into the music business) and perhaps it is a sad moment when you know that she missed your hit. (Remember that when Obama was chosen, his grandmother had died just before his presidency was a fact and that transit Saturn was confusing if you would relate it to winning or losing instead of a family matter).

On the outside we only see his extreme success, but the Saturn inconjunct could certainly relate to temporary loss of balance because of a matter of position, career and status. Here is the chart of his day of birth with transits and progressions for the day that Happy was released.
Pharrell Williams' hour of birth is unknown, so that Midheaven (the position in society, the career), the degree of the Moon, the Ascendant and Sun/Moon midpoint can't be taken into consideration. We just don't know where they are or where. I know that anything 'disproportional' is related to the inconjunct and that the quincunx always includes 'having to give up on something'. But if we focus on Saturn, we miss the rest. Even without the time of birth, there are a lot of keys to being 'happy':

The transits with the progressed chart outnumber those with the natal chart. Maybe that means that he should enjoy this period as much as he can and be HAPPY!

PS If he was born in the late morning, his Taurus Moon semi sextile Venus would also be 157.5 degrees from Neptune (sesquisquare and half semi square), part of the pattern of artistic talent.

LINKS
On the death of Obama's grandmother http://astropost.blogspot.nl/2008/11/charts-of-obama-and-his-grandma.html one day before Election Day 2008 http://astropost.blogspot.nl/2008/11/obamas-chart-and-death-of-his-grandma.html Quote:
"That lost explains the difficult transits of today in his chart, 3 inconjunctions (meaning: having to let go...and being unbalanced), 2 of them coming from planets in his 7th house (the grandparents house). Some transits don't refer to winning or losing, only to personal feelings."
He had two inconjunctions and one was transit Saturn inconjunct