Astrology of the arrest of Jackie Chan's son Jaycee 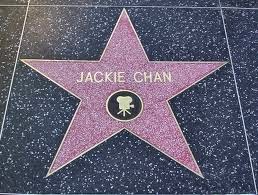 Sometimes horoscopes seem to mirror exactly what happens on earth. Watch the chart of Jackie Chan today, now that his son Jaycee is in jail.

We see:
1. Transit Uranus conjunct natal Sun
The amazing transits of Uranus are sometimes shocking
2. Transit Saturn square Midheaven
Transits of Saturn really force you to face nasty facts...This transit isn't good for your career or reputation or... for family matters (the square also hits the IC).
3. Transit Pholus square Mercury
Turning point in thinking
4. Progressed Ascendant opposite Chiron
Hurt by what happens to others or by other people's acts
5. Transit Jupiter inconjunct progressed Mars
Progress, but with a loss involved

IXION's inconjunct
The Ixion of Jaylee inconjunct the natal Sun of father Jackie reminds me of the post on Ixion (http://astropost.blogspot.nl/2014/03/what-is-ixion-lets-test-it.html ) where I wonder if the range of meanings include the bad guy, the ungrateful dog and the 'bad guy without moral' only. Apparently at some point in their joined lives, a moral matter had to stand between them. In 2012 Jackie Chan told the press that Jaylee would be left out of his will, because he would only waste the money that he earned.

The drug in question is a soft drug: marihuana. But in China the police is trying to get a hold on the use of drugs among artists, now. The sentences are even harder than in the USA. It must be a nasty period for Jackie Chan now...even though he already had problems with his son's life style.