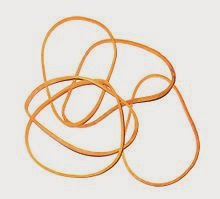 I have 3 planets in mutable signs: Sun, Venus, Jupiter. And: Ascendant and Midheaven, too. That makes me rather flexible.

I’ve had problems with the method of boiling an egg when I was sharing an appartment with a co-student. The first day I boiled the water first and let the egg down in the water. When asked, I said that this was my way. The second day, I boiled the egg starting with cold water and when asked, I said: my way is the flexible way. I like this one today. You can imagine the face of the co-student? Why would I have to boil an egg the same way every day if it could be done both ways? So, can you imagine that it  was hard for me to find ‘my way’ in astrology and not make changes on the way and find ‘bypasses’. Well, just as eggs can be boiled using different methods, so can a chart be read using different methods and still produce an eatable product. Nevertheless, as it takes water and an egg and heat to get an eatable boiled egg it takes some basics to get a chart reading that is in line with expectations.

Because of the fact that a chart needs to be seen in the light of social/economic status, gender, genes and culture, there is a lot of flexibility already.

I had a question this week about the planet of orientation (the planet that rises before the Sun) and the question if Mercury and Venus (inner planets) were to be skipped always. Well, when they are important: not. But if they are not: skip them. But include them in your reading in another way! When Mercury rises before your Sun you have an orientation on communications and perhaps you even have oratory skills, but…it very much depends on your status and other qualities if you’ll ever become a star singer, a famous author or a speech writer. You might have to use your communicative abilities in a shop, selling your merchandise. Or you use your voice on the market. It all depends on the world outside and who you know and where you are. Only if your orientational Mercury is on the Ascendant or MC or ‘calling’ (not making major aspects), then you may find one way or another to USE your capability to communicate in a professional manner, as an author, perhaps. Even then you may not find a public or an editor, because you are not in the situation. In those case it depends on other skills like will power, for example, or persistence. And if you are a woman, it helps to look good.

So, it takes a flexible mind to read a chart. Say that you met J.K. Rowling before 1997. Here is her chart for 3:50 pm (why that hour?? I'll explain later) with transits and progressions for the day of release of Harry Potter number one.

Click and open in new window for better view

You’d see Jupiter rising before the Sun. You’d see Sun, Mercury and Venus all three ‘calling’!  This girl has a positive attitude, wants to succeed and travel. She will draw attention, communicate and find a way to make the world a nicer place somehow, anyhow. So will all those born on her day of birth. But only Joanne managed to become one of the richest authors in the world today.
If you hadn’t know that, you could have pointed at ‘abroad, travel, international’ orientations. In fact, her first marriage was with a Portugese man and for a period of time she lived in Portugal! There you’re right. She FIRST became an international, but how could she resist the CALL to write in an entertaining way? But, there must be important angular positions. That (and transit Jupiter on MC in 1997) lead to a supposed hour of birth of 1:48:49 by Isaac Starkman. Jupiter would be on her Ascendant then. It would be nice, but there is also Sun/Moon –Mercury around midday and Quaoar (creator of new worlds) to be on her Ascendant then. So we don’t really know. What we know is that she apparently had the opportunity to write, she was educated and she had children.

I personally would like her hour of birth to be around 3:50 p.m. with the Moon (children’s books!) in Virgo on MC, transit Jupiter inconjunct her natal MC and trine progressed MC in 1997 for double success with transit Uranus inconjunct Sun for the unexpected change in lifestyle. Sun/Moon midpoint conjunct Mercury makes the planet of the author even more important at 15:50. She'd also have Jupiter/Uranus midpoint square Midheaven. Though she wasn't very kind about astrologers in 'Harry Potter', the story goes that she actually made a chart reading for a friend many years ago. So I'd like 3:50 pm, but it is just a guess chart!

Now, where was I? It was about flexibility and flexible signs. I’d almost switch subject via planets of orientation! But in fact, I didn’t. J.K. Rowling has 5 positions in flexible signs.