The Iran deal and Jupiter 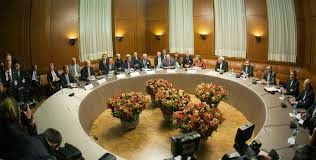 It is amazing how the symbol of success, Jupiter, pops up in charts related to the IranTalks deal yesterday. Here is a list:

It is Jupiter all over! And Jupiter is a positive sign. That may be the reason why the deal is considered to be a good deal by almost all involved. The inconjunct with the chart of Israel is the symbol of lost balance that adds 'but...' when it says 'OK'.  The 75 degree aspect in Netanyahu's chart is in between the sextile and the square and in between OK and resistance.

This, BTW, doesn't give a judgement on the deal itself. Jupiter popped up in the chart of serial killer Marc Dutroux any time that he was released by a nice judge (see for example 'Jupiter the jolly judge'). Jupiter signals how one feels at that moment in time (from joy to relieve). Just click here to find many examples of (transits of) Jupiter...

Here you find the charts. CTR + Tap or click in the chart, open new window and maximize the size!

See Aux Mailles Godefroy on the harmonic aspects (a lot of minor aspects to think of:):
http://www.auxmaillesgodefroy.com/harmonic_aspects