The Saturn square Sun of King Carl Gustav of Sweden 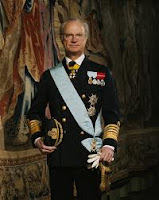 Swedish King Carl Gustav faces a biography ("Carl XVI Gustaf - The reluctant monarch") with disreputable facts about his past 'wild life'. Transits and progressions with Saturn and Pluto involved tell us about the nasty effect of investigations. It happens to him with transit Saturn square progressed Sun.
Saturn often symbolises critism and facing your mistakes. In his natal chart Saturn is exactly square Midheaven and transit Saturn is moving to an opposition with Midheaven. Maybe he will step back sooner than planned, next year...Saturn is the symbol of stepping back. However, earlier this year he stated that he wants to be king until he dies (see the post about that…). There are more difficult transits right now. Continue for a picture of his chart and for more about the transits and natal Saturn-Midheaven...

TRANSIT PLUTO
Transit Pluto inconjunct his natal Mars mirrors the fact that he has to defend himself in a disproportionate way and that he is losing some respect (Mars rules the Midheaven). Mars is important in his chart (in hard aspect with AC/MC and Sun/Moon).
Transit Pluto is quindecile progressed Venus right now and that is another astrological translation of the difficulties.
The combination of Pluto with Venus and Mars (and progressed Venus 15d natal Mars) shows challenges regarding passions.
WOMEN
The progressed Sun inconjunct progressed Ceres mirrors the disconnection with the 'roots'. There is also an opposition of the progressed Moon with transit Lilith. Maybe those difficult aspects with symbols of 'women' (Ceres and Lillith) are the reflection of 'women' involved in the stories.
JUPITER
Lucky King Carl Gustav also has transit Jupiter on the progressed AC/MC and that means support. Jupiter is opposition Midheaven in the natal chart.
But you might wonder: where is the party animal in his chart?
And how about Pholus? 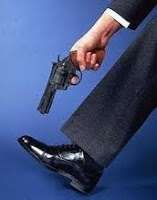 His Pholus is in minor aspect with the Sun and Pluto. Sun and Pluto are exactly square and both are in hard aspect with Ceres. Those are difficult aspects for a man in an inherited (Ceres) position of authority (Pluto), because Pholus is the symbol of shooting your own feet and minor aspects often refer to the hidden character (the aspects of a person that don't show up easily). Sun square Pluto means 'living life intensily' and 'facing challenges'. Sun square Pluto links life to values, prices and survival (or winning games). The Sun-Pluto square can be self destructive. So can Sun-Pholus...
BTW there is a riffle named after him:)...see You Tube...
PS ABOUT SATURN AND MIDHEAVEN
A hard aspect of Saturn with Midheaven doesn't seem to be fortunate for the reputation. George W. Bush has an unaspected Saturn in Cancer in the 12th (good placement, though?), squaring his MC. Should this indicate a fall or political end due to illness? I think all presidents must end their job sometimes....but they don't all have a Saturn square Midheaven. Bush didn't step back before the term was over, but there was embarrassment...Bill Clinton and Uri Geller (the 'spoonbender') both have Saturn in Leo in the tenth well aspected. Both had to deal with embarrassment. Saturn-Midheaven sometimes relates reputations to mistakes and disadvantages.  It is a hard way down when you are a VIP and  'falling down your pedestals'.


LINKS
He met the press in a hunting lodge yesterday. Here is a link to the news:
http://www.thelocal.se/30030/20101104/
More about Sun-Pluto on Cafe Astrology
http://www.cafeastrology.com/natal/sunplutoaspects.html

Just read that King Carl Gustav got 1,5 million euros in 5 years (from the European Union tax money) for his private farms. That is another Saturn square Sun- thing: another bad thing in the spotlight.