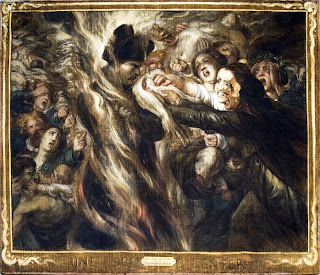 Last and this week there was a lot of publicity (well, where I am!:) because of a murder case and the publication of names, days of birth and pictures of the suspects. A 46 year old jeweler was brutally shot two times during a robbery on April 25, 2012 in The Hague and he died. One of the suspects fled to his home country and turned himself in later (in that country). He admitted to be the killer, on local TV.

Charts  don't tell it all. Neither do circumstances or situations. As usual, there is a mixture of positions of his day of birth (October 6, 1992) and circumstances (lack of family control, early contact with the police) explaining what happened. The day of birth has tight aspects like: Mars quare Uranus and Mars inconjunct Saturn. Sun is square Mars, square Uranus and trine Saturn. Uranus is semi sextile Saturn.
You can easily see the combination of restricted freedom (Saturn-Uranus), short fuse (Mars-Uranus), dead end (Mars-Saturn: the killer had Mars inconjunct Saturn = dead end with a loss involved) and being a macho (Sun-Mars). Just use the label ‘crime’ or ‘criminality’ to find examples of terrorists, killers and dictators with similar aspect combinations. See the aspects, add gender, age, circumstances and his history and what you get is a potential risk for society.

Of course, the natal positions don’t just show the aggression. You can also see Jupiter rising before the Sun: the traveler. He immigrated at age 1. You can see Sun-Uranus for being an alien in his homeland and in the new country, an outsider. You can see Mercury ‘calling’ (communications somehow, anyhow: he had to tell it on TV, anyway).

His companion was born on March 13. 1992 with his Jupiter conjunct the Sun of the killer (trust, protection). Both have Mars in the 12.5th (13th degree) of Cancer. Mars conjunct Mars: fire, joined efforts and possible conflicts. The 13th degree of Cancer happened to be a degree of disaster according to Janduz, who even mentioned bloodshed*). With Mars, there is an extra risk. An afflicted Mars is even more dangerous. At the time of the murder the progressed Mars of the killer was opposition the Sun of the jeweler. And his progressed Sun was trine the Saturn of the jeweler.

PS hundreds if not thousands have been born on March 6, 1992. They could be excellent in sports or techniques. They won't become a criminal just because of their day of birth. But if they do, it might be because of a short fuse, lack of control and the spotlights on fighting, competing and 'manhood'.

More examples of crimes
http://astropost.blogspot.com/search/label/Crime and Saturn-Uranus effect...
Also visit: Astromarkt.net for more about Mars-Uranus, Mars-Saturn and more...
or use the labels!

*) The 360 symbolic degrees of Janduz are on Astrotheme, I noticed. Please take care to use the right degree! I say that 0-1 is the FIRST degree. Astrotheme says 0-1 is the 0th degree. So for 12.5 you take the 12th degree in their selection!  http://www.astrotheme.com/symbolic_degrees.php