Guess what happened (... with Uranus-Pluto) 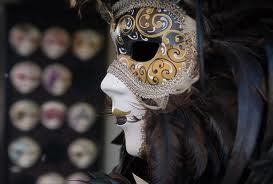 Last week I showed a simple case of triple Venus for beginners and of course you all guessed what happened: Love! Today the Sun/Moon midpoint is in aspect with a Uranus-Pluto square and I found an interesting case of a double Uranus-Pluto effect in the newspapers. It happened just recently and is a perfect example of the resonation of Uranus-Pluto. So, give it a try and guess what happens when a person has the following indications in progression and transits. And if it is hard to make a guess, than read about the mentioned aspects, using the links. There are lots of them!

BTW Remember not to forget to consider gender (male), culture (Latino-America), social-economic position (working in an international institution) and not married, 57 years of age. Never forget to have a look at the natal chart, too. This is about a man with Saturn rising before the Sun (ambition, the importance of status, age and hierarchy). Natal Jupiter is exactly square his Neptune (today Jupiter is square Neptune, too!). Venus is tightly conjunct Saturn, in Scorpio. And 50% of the planets are in water signs.

Picture that, and than consider this:

- About Uranus-Pluto in history: http://www.astromarkt.net/uranus-pluto-history.html
- An example of what happened to someone during a Uranus-Pluto influence...

B
There is a second Uranus-Pluto combination in action. Transit Uranus is square and transit Pluto is conjunct Progressed Venus.

The radical lover who is willing to take risks in love and falls in love just like that. I have seen bad and nicer examples of the intense way to fall in love and change everything because of it and won’t mention them here…
http://www.astromarkt.net/venus-midpoints-aspects.html

C
Progressed Juno is conjunct natal Venus
Did you know about Juno?
- http://astropost.blogspot.nl/2011/03/does-juno-reflect-mr-or-mrs-right.html

E
Progressed Mars square Progressed Jupiter
There is a lot of energy when Jupiter meets Mars, but wether you use it the right way…that is up to you…

F
Last but not least: transit Saturn is close to progressed Mars. Last time October 2011. In fact, that is when something important started what happened now.

Here is the chart drawing for the day of birth:

Can you guess what? If not, just read the news.  Here it the source of birth data...