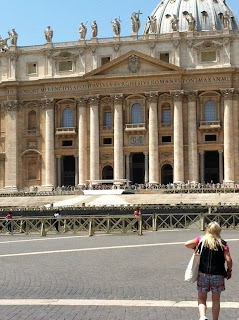 This post is partly about cardinals and partly about synastry (Sun-Pluto and Sun-Mars synastry). In short: I see the Sun-Pluto synastry marking the issue of 'life and death' and 'self esteem' while the Sun-Mars synastry is reflecting the competition between the central figure and the one who works for or with him. The astrological story is about Cardinal Sodano and Cardinal Bertone and their synastry with the Pope.

Cardinal Sodano (November 23, 1927) has denied the rumors about a power struggle in the Vatican (perhaps anticipating on the end of the papacy of Pope Benedict). But before, he denied that there was any abuse by priests…(see that post: http://astropost.blogspot.nl/2010/04/sodanos-oriental-moon-in-scorpio-speaks.html).
Cardinal Sodano, they say, is the member of one group (the diplomats) and Tarcisio Bertone is one of his opponents. In order to study synastry in astrology, it might be interesting to check the interaction between their charts, I thought. I immediately found something surprising that confirms my idea that a combination of planets is more the reflection of the sort of interaction in synastry. It is hard to see 'who done it', as the aspect combination simply issues a theme. Depending on social position, status and gender, you could analyze this correctly, but it takes a picture of the situation with inside information in order to do so.

Sodano was the former camerlengo. Bertone succeeded him. Both might be the next Pope. Both are cardinals. Both have influence and both made cardinal mistakes and caused upheaval in the international press, by denying the abuse in church (Sodano) or by naming homosexuals pedophiles (Bertone). The synastry of a. Sodano and b. Benedict equals the synastry of a. Benedict and b. Camerlengo Bertone when it comes to Mars+Sun and Mercury+Neptune! The same components, but ' the other way around'. And all aspects in synastry are within a 1 degree orb! See the pictures of the chart of Pope Benedict with the positions of the important cardinals at the end of this post.

The Mars of the Pope is quincunx the Sun of Sodano. The Mars of Bertone is also quincunx the Sun of Sodano. Competition and succeeding is part of the Sun-Mars combination. Sun is for leadership and Mars is for competing. Often, even in modern office life, the Mars person sort of targets the Sun person and hopes to be the next leader, but in that case the Sun person should either die or leave. The fact that there IS a Mars person around might be very stimulating. However, an inconjunction points at certain misbalances.

The Mercury of the Pope is quincunx the Neptune of Sodano. Bertone's Mercury is square the Neptune of the Pope. Vague communications and misconceptions are part of the Mercury-Neptune combination. Strictly confidential and secret (Neptune) information (Mercury) is the link between the men. Misunderstandings are to be expected when one person is interpreting (Mercury) what he can't hear, touch or explain (Neptune): the other person's ideals, beliefs and dreams. On the other hand, the Neptune person is not clear when it comes to communicating or … he or she is hiding something that the other one wants to know. False statements are part of the Mercury-Neptune combination, just as telling tales. There is also a matter of foreign language involved. Sodano and Bertone are native Italians and the Pope is a German. That complicates deep understanding, even if they try hard enough and especially when it comes to vague ideas and emotions.

BTW: I also find it interesting that Sodano's Saturn is on the Sun of Bertone. Sodano is older than Bertone is. Sodano is the former camerlengo. That means that Sodano has seniority and Saturn IS senior.

The Camerlengo of Pope Benedict, Tarcisio Bertone, was born on December 2, 1934. That means, that his Pluto is exactly square the Sun of the Pope. There is a risk of a drama involved, because of the strong influence of the Pluto person, if not the power over the Sun-person (that is the general astrological idea),but I'd interpret this also as the issue of (the value of) life and death and facing it, through this relationship.

MORE about the charts of popes
http://www.astromarkt.net/charts-of-popes.html

EXTERNAL LINK
Cafe Astrology describes the effect of the Pluto of a person square somebody's Sun like this...http://www.cafeastrology.com/synastry/sun_pluto_aspects.html