Jupiter inconjunct Uranus can be Astrological for the unhappy lucky winner. An example...

Lottery Winner Jack Whittaker was born October 9, 1947: http://www.wvencyclopedia.org/articles/1243
His chart has Jupiter inconjunct Uranus. The Jupiter Uranus combination is almost always, one way or another, present in charts of lottery winners ( but it doesn't work the other eay around; it's like statistics).
The inconjunct says that you have to give up on something, that loss is involved. Whittaker had problems ever since he won. He drank too much, was robbed and sued. He lost a daughter and a granddaughter. Can we blame the lottery for all that? No. But it is clear that some sudden windfalls (Jupiter/Uranus) don't make happy. The inconjunction is a tricky aspect. That aspect might explain why Whittaker's name is on the list of sad lottery stories.

See the label Inconjunct or go to Astromarkt ( http://astromarkt.net/inconjunct-or-quincunx.html ) for more about the aspect of 150 degrees. This connection between two places in a chart is the symbol of lost balance. 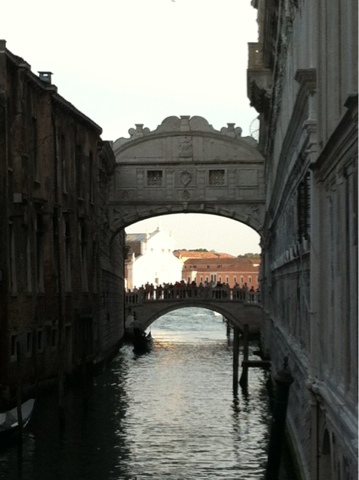 Inconjunction: sigh on the bridge...

My good friend (and ex-boyfriend) won 1.4 million in the lottery, and he has Jupiter inconjunct Uranus. No, there was no loss involved for him at all. He and his buddy both bought 40 tickets each, and they each said that if one of them won, they would give the other 10%. Well, my friend's buddy won 14 million, and he gave my friend 1.4 million. He was incredibly happy! He used it wisely too...bought a gorgeous house and fixed it up...also bought a new fishing boat and a new stairmaster. His house is now worth about double what he paid for it. There was no loss involved, and he did not have to give up on something. He just benefited from sonmebody else's win. His Jupiter is at 21.5 Capricorn, and his Uranus is at 24 Leo.

Txs for your comment! This shows the importance of allowing narrow orbs only. I use max 2 degreea for inconjunctions, and even less for slower planets. It wouldm't be inconjunct in my analysis.
I wonder about the midpoint Jupiter/Uranus, transits and progresions. Oh well, I am curious:)!

Sorry for the typo's!

I have been doing some research about how winning the lottery changes the lives of those who win it. I have found great success stories about those who have done great things for people but I have also come across stories like this. I never really considered a link with astrology but I still find your post extremely interesting. I wonder if Jack took a lump sum or payments. I know you can end up finding yourself in a lot of debt with the payments if you spend the money you don't actually have yet. I guess he could have gotten a cash for structured settlement payment but at that point he might have already been in too much trouble. It is such a shame to see how winning so much money has actually ruined peoples' lives.

Hey all!:
I have Jupiter inconjunct Uranus in my Natal. I also have Mars, Moon, Venus, Mercury Trine Jupiter, and all said planets trine midheaven, also have Mars in Sag. Do I have a shot??