Fixed stars? What about Fomalhaut... 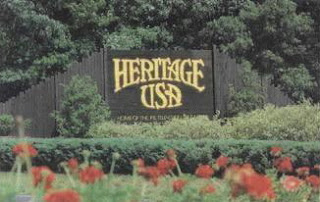 Recently I read a bit about fixed stars, in particular Fomalhaut, and via via I sort of bumped into the chart of Jim Bakker. This minister got in trouble in 1987.  Some astrologers blame Fomalhaut for this. But: what exactly did his chart show then? And what can we learn from that? It is such a lot that I decided to divide my story in more than just one part, starting with Fomalhaut. I am very interested in Fomalhaut, as it is on my Ascendant, too. Is it as bad (or good) as they say?

This is Jim Bakker's chart for the day that the public was told about his mistakes.

Fomalhaut had nothing to do with that day. There were no transits nor progressions related to that fixed star on the man's Ascendant.

Fixed star Fomalhaut is in the 4th degree (3-4) of Pisces.  Janduz pictured this degree as the hermit's place or a sanctuary. Others say that there is a dark side on Fomalhaut. The charisma that sometimes comes with a special position of this fixed star will only be positive when we stick to our ideals.

It would be nice to study many more charts with a 4th degree Pisces Ascendant and see if there is indeed a special meaning to Fomalhaut on the Ascendant, benefic or malefic. Are there any more examples? I have Jim Bakker,  Fabrizio Ravanelli (football player born December 11, 1968),  Ellen Pompeo (November 10, 1968), French painter Henri Laville, Alain Lamassoure (politician), the eldest woman ever: Jeanne Calment, Pierre Paolo Passolini... And searching the web this is what crossed my mind:

Tthe chart of Jim Bakker shows me that it takes more than just Fomalhaut to explain his situation. Did I also learn that Fomalhaut is meaningless? It is just a thought, but it is one that suites my way of interpreting a chart as 'the picture of what we see on earth, including all that an astrologer chooses to use'.

How meaningful are those fixed stars? I know a person who's Midheaven is conjunct Regulus. He thinks he will or ought to be a sort of a king. But many many millions are born with Sun conjunct Regulus! We may never even notice them. (OK Maybe that is because the Sun is not align with Regulus and it takes a parallel conjunction, too. But that doesn't apply to the Ascendant…)

Fixed stars might be 'part of the picture' and they should be studied related to charts, progressions, transits and people. Fixed stars shouldn't be seen as an omen. That is what I think I learned, but ...I am curious about testimonies and examples that prove me wrong.

I have Fomalhaut on my ASC too...as well as Mars and Jupiter. am also wondering what Fomalhaut's meaning is.

Regarding declinations: Fomalhaut is out of bounds, never near the Zodiac (so hardly in Pisces).