Chart of the exceptional Bette Davis 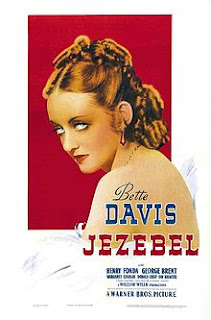 My blog Art-astrology.blogspot.com is filled with charts of artists and actors and musicians with a specific pattern in their charts. There is always an exception, for every rule, however. Betty Davis doesn't have the usual pattern for talent, demonstrated by a combination of aspects between Moon, Venus and Neptune, related to Midheaven and the signs Taurus, Libra, Pisces and Cancer. There is only a tight square of Venus and Midheaven, relating her career to entertainment, beauty or diplomacy. Betty or Bette Davis made her way to the top with discipline, passion and hard work.

SATURN for ambition, parents and parenthood
Her Sun/Moon midpoint is semi square Saturn.
Saturn rises before the Sun.
The importance of Saturn shows how serious and ambitious Betty Davis was. She followed her mother's dream… She had classical schooling in drama. That is very Saturn! Sun/Moon with Saturn is motivated to climb in society. Saturn as the orientational planet gave her a serious approach.

MARS for energy and drive
Mars is 'calling' (no aspects in sign or orb 5 degrees) and square Midheaven. She worked hard, I guess. Was she a 'Streber'?  She certainly wouldn't like to fail. 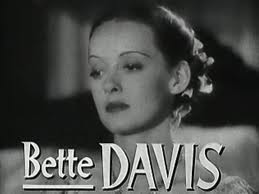 VENUS-MARS-MC: passion for the job
But there is also passion.
There is an out of sign conjunction with Venus that is hard to be overlooked. The Venus-Mars conjunction is related to MC.
(This conjunction is situated in her 7th house of marriage. She married 4 times - Sun square Uranus+Mars sextile Saturn, Gemini Moon and Venus in 7).

SUN SQUARE AND MOON INCONJUNCT URANUS: independence highlighted
The tightest aspect in her chart is Moon inconjunct Uranus, the somewhat unbalanced need for excitement and change.
As the Sun is square Uranus, there is an aspect combination of Sun/Moon/Uranus that is telling us about being motivated by tension and anything new. The Sun-Moon combination with Uranus also speaks of tension in marriage related to being 'different' or 'special' in heart and soul. There is a correspondence with the way Sun/Moon midpoint in aspect with Uranus mirrors independence being highlighted. She was exceptional, not the usual stuff and she showed it.
http://astropost.blogspot.nl/2011/05/sunmoonuranus-midpoint-combinations.html

The Scorpio Ascendant matches her way to be rude sometimes.


Here is her chart with the transits of the day that her daughter, whom she referred to as 'Hyman' sometimes, was born. Their relationship was bad. Betty Davis disinherited her. May I point at her Ceres (motherhood, genes, heirloom) inconjunct (=loss) the daughter's natal Sun? As she said: ' If you have never been hated by a child, you have never been a parent'. Her Ceres happens to be conjunct her midpoint Ascendant/Midheaven, illustrating the crucial importance of motherhood and ... her own mother, who wanted so much to see her daughter in a theatre or in the movies.


PS The Sun is in the 5th house of games and plays. I suppose that she was born shortly before 9 pm, so that her Midheaven is in Leo and the Sun in the 5th more related to the star on stage.