The Queen in the chart of Maxima Zorreguieta 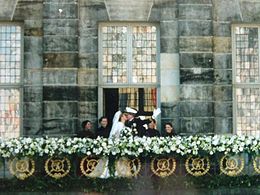 Little girls dream of getting married to a Prince, preferably riding a white horse. Some girls realized that dream. I already published about the chart of Princess Gracia of Monaco (Grace Kelly), who was a movie star before she married. We know about Princess Diane and the husband of the Queen of Sweden to be. Start here if you are interested in their charts: http://astropost.blogspot.nl/2010/05/dream-weddings-in-astrology.html

This blog is about the chart of Maxima Zorreguieta. Tomorrow she will be Queen Maxima. Where is the future queen in her chart?


Princess Maxima of the Netherlands married a rich boy who will be king one day. Her Venus is in hard aspect with Jupiter/Pluto. (Means: social success by marriage)

In the days around her wedding day the progressed Descendant was conjunct Juno, the symbol of the married woman. Juno is sextile her natal MC.

With Venus trine her Ascendant it is no surprise that she is the most popular one of the Dutch royal family. (She also is the prettiest and she has style:)

She has (Mercury and) Venus in a (wider) inconjunct with the conjunction of Jupiter and Neptune. And that is a combination for a fairytale (and don't we all love fairy tales?)

Here is her natal chart, progressed to April 30, 2013, the day that she will be named Queen. Transit Pluto is opposite Juno and trine Midheaven on that day. There are a few quincunxes coming up, like progressed Sun inconjunct Mars and that is reason to be worried, perhaps, but that is for later:

There are 3 indications in that direction and 3 is a crowd!
1. transit Jupiter sextile his Venus for the ball and the party:)
2. progressed Mars on his way to make a trine with Venus (man meets woman:)
3. progressed Venus almost conjunct progressed Ceres (joining the concepts of 'love' and 'dynasty'/motherhood)
4. the progressed Sun had already moved away from the sextile with Juno (high time to see her!)

Her Progressed Moon was exactly square his Progressed Sun on that day. So they noticed each other!

SUN-SATURN
I strongly believe that her Ascendant is in the 30th degree of Sagittarius, rather than in the first of Capricorn. Just see the enthusiastic behavior and you will agree that that is how she presents herself: open, direct and full of joy. Not withstanding the fact that she is a very ambitious lady! So maybe the trine of her Venus in Sagittarius is just very strong. She has Sun conjunct Saturn and Saturn rises before the Sun. She may look spontaneous, but she is in control. She may look like a party animal, but she did her study, she didn't give her self away to the first bidder and she always looks perfect. That is very Saturn! It is also very Saturn that the protocol will limit her life style, certainly from now on. More of the civil girls marrying future kings have a Sun-Saturn aspect. I wrote about that here: http://astropost.blogspot.nl/2011/12/sun-saturn-royal-spouses.html

SUN-MARS
The Queen (in fact: the queen consort) to be is more popular than the successor is. For that, I like to point at the fact that her Mars is square his Sun. There is a little bit of competition between them, at least in the polls. But, as he said: only one can be the king and that is me. He will be the king and she will beat him in the polls:).

MARRIAGE
They married on February 2, 2002. That was with Juno conjunct Descendant in her progressed chart. Juno was on the progressed Descendant of Princess Madeleine when she was engaged. (http://astropost.blogspot.nl/2012/10/juno-and-engagement-princess-madeleine.html )

But now: where is the Queen in this chart? There are few future kings in the world and she had one. She was on the right place in the right time. You couldn't possibly have had a ticket to enter the party that day. Even not with the help of this kind lady, not even if you had a chimney:)...But I am sure that you found or will find your Prince Charming one day! And if you got the frog, never mind. There is always the fairy tale! 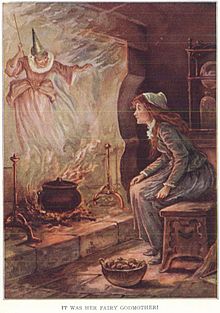 LINK
Marriage in Monaco http://astropost.blogspot.nl/2011/06/wedding-in-monaco-and-sun-neptune.html
The Prince of Monaco will be in Amsterdam tomorrow, without his wife.


You know Juno? He is there when you (think you) found Mr or Mrs Right. Here is more:
http://astropost.blogspot.nl/2011/03/does-juno-reflect-mr-or-mrs-right.html

Great analysis! Wondering here on progressed Juno at the birth Descendant, if along with other relationship factors, would this also be a factor or is it advisable to just use the progressed chart in this instance? Many thanks for your blog :)

Thanks Anonymous! Juno is the symbol of marriage (she was the wife of Zeus/Jupiter). Progressed Juno on the Descendant refers to the right moment to meet a partner (or meeting/marrying mr. Right:), not to becoming a queen. Is that what you meant?

Yes :D Smiles, yes, no desire to be a queen --thank you for the laughs. It would be too much pressure :)