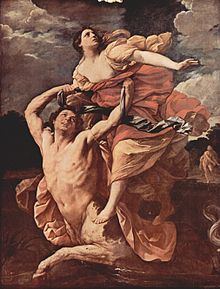 Ariel Castro was born on July 10, 1960 in Puerto Rico*) with an exact trine of Mars with Saturn. Driver, meringue player and abductor, divorced after domestic violence. How does that match up with a trine? Well, trines make it easy.
Mars-Saturn is for punishment, disciplining actions and discipline in general. Trines don't mean that you use the quality for good things only. The fact that his Mars is trine Saturn doesn't mean that this date of birth is not correct. So here is the chart:

In his progressed chart Mars was inconjunct Saturn at the moment of the first abduction (Michelle Knight's on August 22, 2002). Mars-Saturn is the kind of aspect that can be used to overcome difficulties and in the army or as a hero. Mars-Saturn is also the combination of death, limited energy and drives and slapping (see http://astropost.blogspot.nl/2010/04/mars-saturn-and-slapping.html )

PROGRESSIONS AND TRANSITS
Some 10 years ago his progressed Sun was changing sign and so was his life style. Between 9 and 11 years ago he abducted three young women/girls and kept them in chains. It started on August 22, 2002 when there were the following transits and progressions:
1. Progressed Mars was inconjunct Progressed Saturn, resonating the natal Mars trine Saturn. The self discipline was lost.
2. Transit Pluto was inconjunct natal Mars (violent act, the extraordinary - inconjunct - drive to dominate)
3. Progressed Sun square Nessus (in mythology a rapist). Nessus rises even before Mars...
4. Progressed Mars trine Pholus (turning point in sex life?)
5. Progressed Mercury conjunct Uranus (nervousness)
6. Transit Saturn opposite Jupiter

The combination of Mars, Saturn and Pluto is always difficult and threatening. Sometimes this combination is seen in cases of violent death or suicide or other 'unnatural' causes of death.


LINKS
Also visit: Astromarkt.net for example about Mars-Saturn: http://www.astromarkt.net/mars-in-aspect-with-saturn.html or about Nessus

UPDATE
Ariel Castro was found dead in his cell in September 2013 when he had transit Pluto trine his Progressed Sun (for an easy way out in a crisis).