The pattern of artistic and political talent

When you study the charts of artists and politicians, you may notice that many of them have the same 'trio' in aspect. For art (and entertainment or art craft) I see Moon-Venus-Neptune and for politics Mercury-Saturn-Pluto. Not always, but very often… 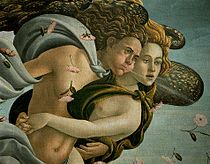 ART
My blog Art&Astrology (http://art-astrology.blogspot.com) is completely dedicated to the astrological pattern of artistic talent, shown by means of the charts of dozens of artists, musicians, painters, photographers, directors and singers. What is that pattern?

All aspects (minor, major, soft or hard) between Moon, Venus and Neptune create the pattern of talent. For example: Moon semi sextile Venus and inconjunct Neptune or Venus trine Moon and square Neptune. Or: Moon novile Venus and Venus biquintile Neptune.
Placements of Venus, Moon or Neptune in the signs that they rule  attribute to the pattern. For example: Venus in Cancer, Moon in Taurus and Neptune in Libra.
The Ascendant or Midheaven in those signs are also a big help.

The MC in aspect with one, two or all three (Moon, Venus and Neptune) links the talent to the public and the career.

Most examples on Art&Astrology have this pattern in the chart. There are always exceptions. Sometimes people are born in a family of artist and find a job there. They were trained from the beginning. In those cases sometimes we see Saturn rising before the Sun or an important Ceres. Example? Bette Davis http://astropost.blogspot.nl/2013/04/chart-of-exceptional-bette-davis.html#links 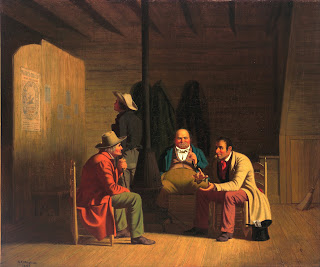 POLITICS
There are more of such patterns in charts. I think of the Mercury-Saturn-Pluto combination in the charts of politicians. Aspects (again: major or minor, strong or weak) between Mercury, Saturn and Pluto and placements of these 3 in the signs that they rule (or of the Ascendant or MC) are frequent in the charts of politicians. This is often- not always!- in combination with a Moon-Jupiter aspect.
Start reading the examples by using the label 'politics' and you find:

Quote: Just like most of the American president (and many politicians) there is a Mercury-Saturn-Pluto combinations  for political correct answers and strategic communications together with this Moon-Jupiter aspect.

Mercury in Scoprio, biquintile Saturn and square Pluito. That is the signature of the communication strategy (the political mind).
Probably no Moon-Jupiter

There are always exceptions. Barack Obama doesn't have this patter in the natal chart. However, when he won the Elections in 2008 Mercury made very tight aspects with both Saturn and Pluto (square and semi square). Here is that progressed chart of the president who wasn't born to be a politician, but who learned to become the most powerful one.