Some time ago I wrote about 'Sweet Pisces' criminals. Among them: Mengele. This post is about Adolf Eichmann's chart and a bit about the chart of Albert Speer.  Signs are not human. People are not their sun sign. Charts are about more than sun signs. And some born under Pisces aren't as soft and compassionate as they are supposed to be. Where is the shark in the charts of these Pisces? 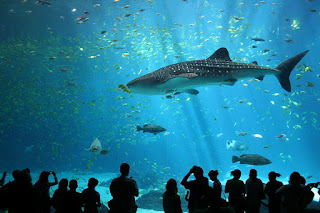 Someone said, in a documentary, that Nazi criminals looked just like ordinary people. Their charts also look like the charts of ordinary people. That is because you have to see charts related to their background. In critical periods in (mundane or personal) history the progressed chart shows how a person grew into his position. Certain nasty characteristics may turn into nazi characteristics in certain circumstances.This is about the chart of Adolf Eichmann. His background is Nazi-Germany. His education was unfinished. He joined the Nazis in the early years and worked his way up. He was executed in 1962, as a war criminal. Adolf Eichmann managed the deportation of Jews to extermination camps and ghettos in German-occupied Eastern Europe.

EICHMANN
Adolf Eichmann managed the deportation of Jews to extermination camps and ghettos in German-occupied Eastern Europe. His background is Nazi-Germany. His education was unfinished. He joined the Nazis in the early years and worked his way up. He was executed in 1962,  as a war criminal.

Saturn - the career - was rising before his Sun, just like in the chart of Hitler's architect, Albert Speer. Speer, Eichmann and the cruel doctor Mengele all three had Sun conjunct Eris. Above is the chart of Eichmann. Here is that of Albert Speer.

When I read a chart I use 4 steps:
- Astro ID (based on the prominence of planets).
- Character (elements, Sun, Moon, Sun/Moon and Ascendant)
- Aspects and midpoints like Sun/Moon, AC/MC
- Specific patterns
I limit myself mostly to the Astro ID, here. That is because those 'special marks' seem to be enough to explain what brought him into his position and to explain what he did.


His natal chart is an ordinary chart with some highlights. There are 4 'calling' planets. They show the opportunities ahead, at any possible level, somehow and anyhow. There are also 4 angular position (Uranus, Pholus, Neptune and Venus). Venus with Uranus and Neptune is the combination of blinded love and sympathy, while Pholus is the symbol of the turning point.

1. CALLING MERCURY, MARS, JUPITER AND PLUTO
- Mercury, Jupiter and Pluto are 'calling' (no major narrow aspects in sign). The combination of these 3 refers to
A. a great communicator who is not always reasonable,
B. someone who tends to dominate somehow and anyhow and
C. to the 'international', occupying himself with foreign matters or living abroad. He also lived in Argentina (as from July 14, 1950) for 10 years until his abduction and arrest.
- Mars was 'calling' for drive and aggression at any possible level. Mars with Jupiter and Pluto gives a lot of energy and drive. This helps in order to gain success. He had a successful career until the war was over.

2. ORIENTATIONAL SATURN
- Saturn is rising before the Sun and will remain the planet of orientation in the progressed chart, too. When Saturn rises before the Sun a person's orientation is classical. They will follow their parents or other authorities. They are realist, earth bound, materialistic.

3. ANGULAR VENUS, URANUS, NEPTUNE AND PHOLUS
- Uranus is opposite Midheaven, showing both the importance of techniques (the mechanic) as the controversial nature of his 'name'.
- Neptune on Midheaven and Venus on the Descendant makes you think of an artist. As there is no pattern of artistic talent, these positions may refer to a certain talent in general and to a combination of skills (Venus) and vision (Neptune). Ideology prevailed (Neptune on MC). Brutus says about Venus-DC: 'willing to give other person's ideas a shot' and I think that this is in line with what happened. But was he 'gullible' or naive? I doubt it. He presented himself as a simple administrator and perhaps expected others to be 'gullible' in this…
- Pholus on the Ascendant is a statement of the turning point on the horizon.
In the progressed chart Uranus and Neptune made narrow harmonious aspects with the Ascendant when he moved to Argentina in 1950.

SO...
So he had a chart with opportunities and chances and he had an Astro ID with 4 key positions. He used his tools for crime without blood on his hands. He was the man who organized crime. There is no way that his chart 'intended' to organize deathly transportations. There is Mars/Saturn on Pholus semi square Northern Node that we can read as deathly common key starting point.But that doesn't mean that 'someone above' or 'the stars' planned what he did. It is the other way around.

In times of war, ambition may lead to crime. His ruler MC is the  Capricorn Moon, ruled by Saturn, rising before the Sun. Maybe that was enough in those days.

Hitler's architect was not executed, by mistake. He was believed when he presented himself as a decent Nazi who didn't know about the Shoah. In fact, in order to create a new Berlin, he had the Jews of Berlin transported to Poland just to be able to confiscate their homes.


Just like Eichmann, Speer had Saturn and Eris rising before the Sun. Their rise was in the war.

MENGELE
Is it just coincidence that Speer and Eichmann had Saturn and Eris rising before their Pisces Sun? Why does Mengele have Sun conjunct Eris? Here is his chart:


" If you have a prominent Eris in your chart (angular, for example or in a very tight aspect with the Sun or Midheaven) you might see more conflicts and be in the middle of it than others do. Do you?"

Speer, Mengele and Eichmann had a life with Eris...Their Sun was conjunct Eris or Eris was rising before their Sun.