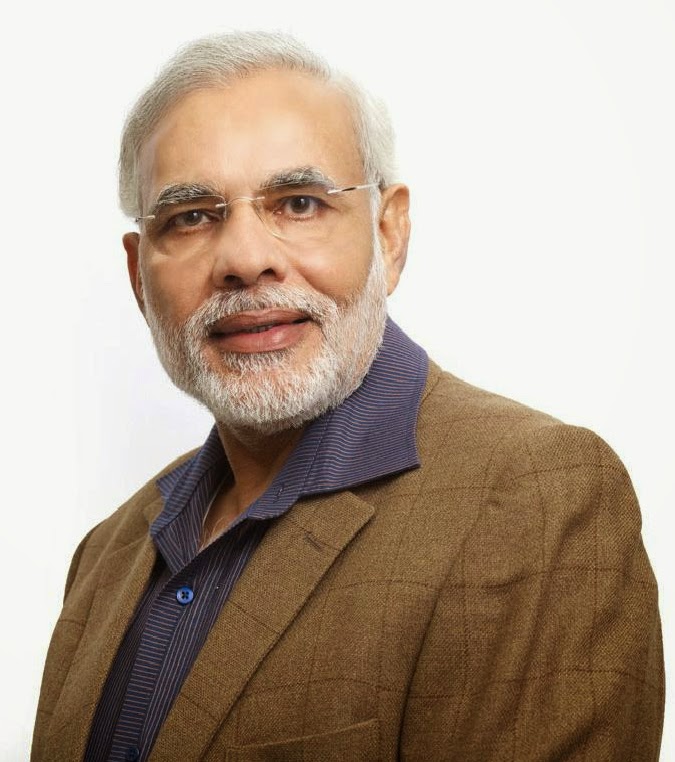 It seems that Narendra Modi, born September 17, 1950 in Vadnagar, India, will be the next Prime Minister of India. Modi is a Hindu nationalist politician. His time of birth is unknown. Astrodatabank has two possible hours of birth for us, but no confirmation whatsoever. That is why the hours of birth for the charts are DD-rated. I stick to 'unknown'.

Those who vote for him want change and a better situation. Those who are against him point at his past (especially events in 2002 when he had Progressed Sun semi square Ceres) and say he did too little to stop the riots then.

In the chart of his day of birth and in his past political years there are enough indications for the kind of PM that he will be and in what situation he is now.

His Astro ID shows us:
1. Saturn rising before the Sun (the importance of ambition, classical education, parent and responsibility)
2. Jupiter 'calling' (no aspects within the 5 degree orb or in sign) for the international at any possible level
Jupiter and Saturn are in minor aspect (157.5 degrees), so it might take some time to realize the wanted 'growth' in a hierarchic scene
3. The Moon is Out of Bounds.
The OOB Moon works like a 'calling' Moon' and tells us that emotions and needs can reach any level. An Out of Bounds Sagittarian Moon might be an unlashed person who:
" may not really BE cheerful, but you think acting cheerful is a good thing always. You need progress and good news, cannot do without and when you pretend being happy you might actually become happy (you hope). Sometimes you just overdo that! When things are getting wrong or bad you become nervous and hurried"

Because of the lack of an A-rated hour of birth, the angular position are unknown.

His character is illustrated by:
1. Sun in Virgo, Moon most probably in Sagittarius (or else: Scorpio) (at least: in Western astrology. Because in Vedic it might be different...)
2. Tight aspects between Sun, Mercury, Mars and Saturn. Sun-Saturn tight aspects are in the charts of politicians like Hugo Chavez, Turkish PM Erdogan, Robert Mugabe and Putin. They like to be the one (and/or the ONLY one) in charge...
3. Venus sextile Uranus (and Mars sesquisquare Uranus) for explosive passion
4. Sun/Moon midpoint in Libra (square Pholus around noon that day)
If he was born around noon and Pholus is in the spotlights, we might expect that he is very motivated to initiate change (in his life and in that of others) by cooperation.
This is the chart of a flexible, ambitious, very driven and disciplined person who wants change and excitement and who is in heart and soul a diplomat, motivated to cooperate.
It is no wonder that he made a career:)

There is a lot of Pholus in his chart today.
1. Progressed Sun is sextile natal and progressed Pholus
2. Transit Pholus is square natal Sun
It means that he is on a turning point  (of no return) in life and that he must take care of his footsteps. Here are more examples: http://astropost.blogspot.nl/2010/04/pholus-files.html

There is also a Venus-Jupiter square in the progressed chart. That is good for popularity and bad for eating too much:).

PS
The only other VIP born on the same day is John Waldo "Fee" Waybill, a singer. The Sagittarius Moon is semi square Neptune and square Venus in the hours around noon. That is a pattern for talent, see Art&Astrology.

LINKS
What is 'Out of Bounds'? See: http://astropost.blogspot.nl/2014/01/out-of-bounds.html
On the OOB Moon by Steven Forrest: http://www.forrestastrology.com/resources/articles/general-astrology/215-the-out-of-bounds-moon
Astro.com and the 2 charts: http://www.astro.com/astro-databank/Modi,_Narendra

Thanks for sharing your opinion. astrologer tall us our future by astrology.
www.indiaastroguru.net/aboutus

Astrologers are right. Modi is next pm of India.
www.loveastrologyproblem.com/marriage-problem-solution.php