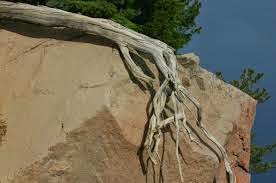 Mars is the symbol of sexuality, male action, drives and aggression. Mars hurts, violates and cuts. Mars also grabs. Mars takes his chances. With Progressed Sun inconjunct Mars the mayor of Santa Cruz (Bolivia) grabbed the tight of a married woman, a journalist, on television (see YouTube).  Wrong move!
It was not for the first time that he went too far. Before, he kissed a woman, obviously against her will, but those were other days. Now he had to apologize, but that may not be enough for the man who was chosen for the 5th time to be an authority. He is very popular, apparently. But he has political enemies, too.

Day of birth is February 14, 1939. He is 75 now, maybe it is time to retire. Giving up on something with a quincunx is not uncommon, even not for people with a 'calling' Saturn (Saturn NA in sign, orb max 5 d). When Saturn calls, who can resist duty, status and the urge to manage?

WHY did he do it? Maybe because he can or thought that he could... Men with power do this all over the world and all through history. Boris Jeltsin did it, too. He had Venus 'calling'. (Who can resist a 'calling' Venus?:)

This is the chart of the day of birth of Fernandez with transits and progressions. If you want a better picture, click it!

Fernandez has Moon conjunct Venus, rising before the Sun. Women and his need for them and for appreciation and love, come first. He also has Mars square Jupiter, tightly, so let's say: overdrive. And isn't it funny that he was born on Valentine's day?
More observations: Sun = Neptune/Pluto, Venus/Mars square Neptune*).

Anyway, now his progressed Sun is inconjunct Mars. I tweeted about transit Mars inconjunct Sun a few days ago and said:

I should have warned Percy Fernandez, too:)


Also visit: Astromarkt.net for example about Venus midpoints like:

Venus/Mars/Neptune
Possible malfunction, infection or disappointment related to sex or the interaction between men and women