The accident and the chart of Prince Friso (with update) 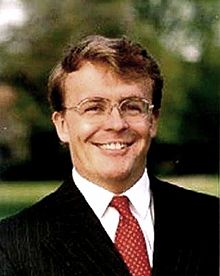 earlier: press conference of the hospital in Austria with bad news today (February 24, 2012). Serious brain damage might keep him in coma for long (if not forever).

Today is a sad day for Dutch Prince Johan Friso and his family. Prince Johan Friso (or just: Friso) was born on September 25, 1968 at 8:48 a.m. in Utrecht (Netherlands) as you can see in the video. His mother is Queen Beatrix. The geboortecertificaat (Dutch for Birth Certificate) is shown in the end. Special thanks to AstroLogics for mentioning this video!

The Prince was the victim of a snowslide or avalanche, covering him for about 20 minutes. He is now stable but still in danger. And the doctors aren't able to tell us what will happen next. It's of course a horrible situation for the royal family. Here you see the natal chart and transits, the progressed chart with transits and progressions and the event chart (12:15 this afternoon in Lech, Austria) with the positions of the day of birth of Friso.

The earlier post was about the special effect of aspects in the natal chart being repeated by transit or progression. This accident happened with a double transit/progression between Mars and Uranus. They are the most important planets in the chart, as Mars is 'calling' (not aspected) and Uranus is rising before the Sun. That makes Mars and Uranus prominent in this chart. Together they are often involved in accidents and when injuries occur. Here:
It is a long list of unfortunate transits and progressions for a man who went out in the snow when there was a high risk of avalanches. An accident never comes alone...