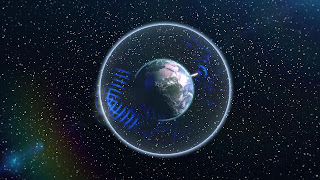 When transits or progressions are between planets and positions just like in your natal chart, there is a stronger effect. That is natural. For example: when you are a dreamer, you will be more disappointed to find out that real life is not like in the movies.

Speaking of dreamers...When you have a natal Sun-Neptune aspect, you will strongly notice the Sun-Neptune conjunction of this weekend. There is 'Neptune' in the air and you were born when Neptune was being highlighted by aspect. You could use this weekend to get a clear view (if possible, with Neptune) of your ideals and dreams. Maybe you will have more vivid dreams this weekend. I had (and they were very strange!).

A progression or transit of Neptune with your Sun will have a stronger effect for you. You are a 'dreamer' with that aspect in your natal chart and that part of you will be highlighted during such a transit or progression. Those who don't have a major or minor aspect between Sun and Neptune in their chart (and who are not a Pisces), won't be disappointed as hard as the Sun-Neptune person will be when the dreams don't come true or the ideal failed to be an ideal. It is logical, because when you are not an idealist or if you don't have a romantic view of life, you won't be surprised that dreams are only dreams.

An example of Sun-Uranus resonation in today's news: Christian Wulff was the German President until he was forced to step back after a lot of fuss about abusing his position. Transit Uranus was sesquisquare his natal Sun. In the natal chart, the Sun is semi square Uranus. The transit 'sounds' like the natal aspect. That gives a much stronger effect. Say that Sun-Uranus is the aspect of the outsider (one of the possible meanings). Transit Uranus in a frustrating aspect with the Sun  resounds 'alienation'. He is no longer part of the scene. A Sun-Uranus affliction in a VIP's chart often brings the person in the news (and rarely in a nice way).

A Venus-Uranus example:
Someone with a Venus-Uranus conflict in the chart will be very tense and ready for love during a transit of Uranus over Venus or a transit of Venus over Uranus. That is because this person was born with a love for anything that is exciting and new. Uranus is mirroring excitement and Venus is mirroring fun. The transits will be stimulating to go out and seek the excitement. When you don't have a Venus-Uranus aspect (minor or major) you might want to buy a new gadget or have fun, but it won't have the same impact. You'll not fall in love that easily!

When you consider the impact of a transit or progression, have a look at the natal chart first. Well, you always do, don't you?

PS This Sunday (February 19, 2012) the Sun is conjunct Neptune in Pisces. Babies born on that day will also have a Moon rising before the Sun. They will be sensitive and able to create their own world of dreams and illusions. May they use this to give us the opportunity to step out of the treadmill from time to time to keep us going.

Also visit: Astromarkt.net for example about
Venus-Uranus
or Sun-Neptune or
Neptune in Pisces.