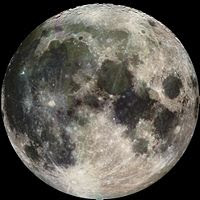 Scientists have studied the effect of the full moon and they found that there were less births in the weekends:). The old belief that there are more children born when the moon is full, has been proven wrong. In our days, children are born between 9 and 5 from Monday to Friday, if the doctors had it their way. It is more convenient and it can be done without harming the mother or the child, so why not. But now I will never know if there would be a natural tendency for more births at Full Moon (not all, just some more). Maybe it is not so, not even in the middle of the jungle without electricity or doctors.


Who cares about the position of the moon, anyway, these days?
I remember that I was on the road at night. I parked and watched a partial lunar eclipse (a cloud hanging before the moon) and I noticed that nobody noticed. They were eating, drinking, checking tires, walking dogs, going to the toilets...but nobody was staring at the sky or pointing at the moon to tell their children about it. They didn't know or didn't care. I notice the full moon when I can't sleep at night, in spite of curtains, and I know of more people who 'notice' but maybe I and those people are wiped out immediately when it comes to statistics, who knows? Time for a poll! 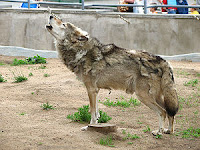 There is no lunar effect for births and no more murders with full moon...Another myth gone...(but how about wolves, uh?)...Native Americans named the full moon in January 'Wolf moon' because the wolves howled (of hunger). But not in February, I wonder? Questions, questions...


PHOLUS SYNASTRY CASE
Someone asked me about Pholus - Sun in synastry. The question was: who has the Pholus 'effect' on who when one person's Pholus is conjunct the Sun of the other person.
On Astromarkt I wrote about that:


Pholus in synastry: the strong influence of someone, changing your life in a direct way.


My late sister's Sun was square my Pholus. What does it mean? She was too close to tell you this. There is no 'helicopter view', especially because she died age 49 and thinking about her still hurts. But I know that it means that on and around the day of her birth the Sun was square my Pholus and that was so every one of her birthdays. I was almost 3 years old and I think that it was quite a surpise for me, having a sister. A sudden 'freed' bubble?:)

Last solar transit (you know, the daily motion of the Sun) conjunct my Pholus: that was the day that I died my hair (red). Transit Pholus will be on my Midheaven soon enough to tell you all about what popped out of the bottle (or not). There is less popping out of the pen (or keyboard) lately. Sorry for that (and I think it will be better when Saturn moved to Scorpio). If you want more Astropost, then follow Astropost on Twitter for short messages that might interest you.

CHIRON-ASCENDANT
Speaking of effect: 70% of the answers in the poll about Chiron conjunct Ascendant showed an effect of this transit. 30% not. Is that proof?:) Thank you for giving your answer!

PS if you still want to hear about a lunar effect, try BBC.

LINK
Pholus and aspects on Astromarkt about Pholus in astrology

Every day has another 'color' (Sun is in aspect with your chart):
http://www.astromarkt.net/solar-transits.html

Wikipedia about the lunar effect
http://en.wikipedia.org/wiki/Lunar_effect

I don't believe for a second that there is no lunar effect on births. I've had lots of police and nurse clientelle over the years, and I always ask them about Full Moons, and they always say the same thing. Policemen say that they are super busy...a lot more crazy calls, and nurses say they are overwhelmed with activity at the Full Moon. In fact, then plan for it, as do the cops. As for births, I had one co-worker tell me that his wife's OBGYN told her that often times due dates change according to the Full Moon. If someone is due on say, a Saturday and the full moon is on the tues, very often the woman will be late and will deliver on the Tues. Not always of course, as we do have some balsamic moon people running around! But still, there is an effect and some astute health practitioners have noticed it. I have also noticed people dying on full moons, as my uncle did on this last full moon in January.

Yes, I always hear those stories. They exist for ages. Maybe a second opinion?

The article you linked on Wiki is very particular about which studies they've chosen to use. It's part of the WikiProject Rational Skepticism, which is a special interest in itself.

I'm not saying the full moon does make people loony, but Wiki articles that are slanted toward a certain viewpoint aren't to be taken seriously