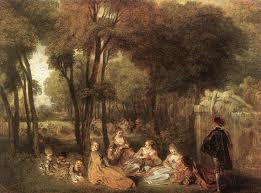 There are elections in France, on two data. First round is April 22, 2012. Second round is on May 6.  I included the charts of the two major candidates, Nicolas Sarkozy (now President) and François Hollande with transits and progressions for May 6 and I ask you: who do YOU think will win and why? Do the poll, please!

The favorite candidate is Hollande and it is easy to see why when you look at his chart. Transit Jupiter (the great helper) is trine (pleasant aspect) his progressed Mars and that means: achievement, successful job! It doesn't look that easy for mr. Sarkozy, who has to deal with Pholus (the turning point) inconjunct (often meaning a loss) his progressed Mars. The meaning of that is 'turning point in a competition with a loss involved'. He also has a Sun-Uranus transit, which means change, not stability. Could it be that easy to see? I bet not. In fact, I know it is not that easy to say, because there is more.

Nicolas Sarkozy has transit Venus inconjunct Jupiter (for a disproportional party) and transit Venus inconjunct Ascendant (for sympathy). (He might be lucky in love, even though he loses elections:). Transit Pluto square his Mars will intensify his efforts and demand a lot of energy. He promises economic restrictions.
On the other hand, mr. Hollande has transit Saturn square Uranus, which means restrictions (or the protocol). Transit Uranus is conjunct his progressed Midheaven, so maybe that is a sign for a move into the Elysee. Mr. Hollande doesn't feel the crisis as much as Nicolas Sarkozy does. He promises that the French can stop working at age 60. That, and considering the inconjunctions in the chart of Sarkozy, makes me think that he has a greater chance of winning:).

But...
May I remind you of the fact that mr Obama sieged during a nasty Saturn transit (but that was the death of his grandmother).

Who do you think that will be the winner? Of course I have to tell you that mr. Hollande has a Sun Leo and Moon Capricorn (very ambitious) with Pholus on Midheaven for a turning point in the career and Uranus rising before the Sun (he is a socialist). And that mr. Sarkozy is an Aquarius with Moon Aries and Saturn rising before the sun (very ambitious and revolutionary, even though he is a 'conservative'*). The charts are AA rated this time (thank you Astrodatabank!).

The picture on top is Watteau's view of the Champs Elysees in more rural times, kindly provided by Wiki Commons.

*) Status quo in Europe was rather socialistic always, so a conservative wants change and a socialist prefers to keep the status quo or get back to those days. It makes it hard to see who is the conservative. In this case they are both ready for change (each one in another way).

The charts are interesting, but there is a hope, that Hollande may win and not betray all his promises as Sarkozy did...

Why Sarkozy has become such a threat?

Europe is constructed on the Balance France (and others) / Germany. He devoted and quite suicided completely to restrictive policies of Germany - restrictive for **all** The Europe but them (news about their acquisitions of firms in Italy are meaningful, oh how much!!) - and devoting himself all to this Alliance he destroyed the Balance which gave rise and force to Europe...

There were problems but the way the chose to solve them made the Balance be destroyed. This destruction of the Balance cannot be forgiven him...

Again a third time, Germany attempts to make of all Europe its dominion, using economy this time...

On the contrary, it would be time to change it. The Balance must be reconstructed, on new bases, but reconstructed...

Will Hollande have the force to do it? That would be the very question.

And truly I doubt he has, but I do not doubt of the necessity, of the urgency to try to do it...