From Grace Kelly to Princess Gracia 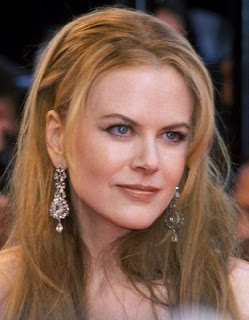 I have written about the death of Grace Kelly *) before, but now I wanted to have another look at the chart. I wanted to see what progressions and transits and what in the natal chart lead to becoming Princess Gracia. There is an important role for the setting (women's roles, high society) and Neptune colors it. That is why I like this picture of her, dreamy and old fashioned romantic and ...classy:). 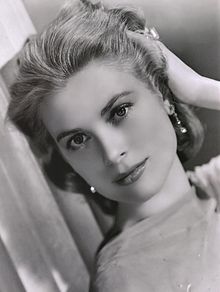 FIRST: BIRTH CHART
Every chart reading starts with the natal chart. This natal chart tells us about a talented and somewhat eccentric strong and mysterious personality with ambition. Convincing an audience (Mercury, Jupiter, Neptune) is important. She can communicate, convince and fake or believe at any possible level. She is also compliant (water signs) and not the kind of person to risk to be disinherited (Saturn). Why? Because of the chart positions.

Her birth chart in 4 steps:

1.Lots of water sign placements: they signal a tendency to go with the flow and be sensitive. Also lots of trines. Trines and sextiles make it easy to choose the easy way (out), the most desirable social way.
Relate this to the influence of the parents and to the historic background (women were supposed to get married in the first place), the importance of catholicism for her parents and you will see that she must have been educated with the idea that marrying a catholic was most important.
2.Three ‘calling’ planets: they give an impression of the vocation. Mercury, Neptune and Jupiter don’t make tight major aspects in sign. They are ‘calling’. Mercury/Jupiter/Neptune could have made her a convincing 'story teller'.

Jupiter-Neptune is the combination of speculations, an audience, fans and followers, beliefs and success as an actor. The midpoint Jupiter/Neptune is semisquare Juno (symbol of the wedded wife). Neptune is most important because Neptune rises before the sun.

Mercury is conjunct Chiron, but doesn’t make major aspects in sign with a light or planet. A ‘calling’ Mercury tells us about the importance of communications at any possible level. The combination of the prominent

3. Scorpio/Pisces and Neptune/Pluto colour the chart. Sun in Scorpio and Moon in Pisces with Scorpio Ascendant will not be very open and clear. Mystery and secret will go hand in hand. That is also because Midheaven is conjunct the midpoint Neptune/Pluto and they are the rulers of Sun and Moon. MC=Neptune/Pluto mirrors the excentric or idiocyncratic personality (see this explanation: http://www.ptypes.com/idiosyncratic.html ). Sun in Scorpio trine Pluto is the tightest aspect in this chart. Notice that Neptune and Pluto are elevated.

It is hard to overlook the grand trine of Sun, Moon and Pluto (easy transformation through intense family life or challenging marriage) and spotlights on influence, politics, money, power and sexuality. It is the trine of a strong personality.

Quoting myself (http://astropost.blogspot.com/2009/04/effect-of-moon-inconjunct-pluto.html ):
Grace Kelly had Sun and Moon trine Pluto. Her life, lifestyle and domestic environment changed completely when she married the Prince of Monaco. That is the transformational effect of Pluto. The trine made it easier to get used to (Moon) the changes (Pluto). Quoting myself about Sun/Moon/Pluto combinations:
Motivated by values, policies or strategies if not force. The need to be strong and powerful or rich.

4. Moon in Pisces biquintile Venus in Libra and Venus in Libra sextile Neptune out of sign; Neptune is ‘calling’! – no tight major aspects in sign... That is astrological for talent! There is no direct connection to Midheaven however, and Grace Kelly ended more famous because of her marriage than because of her acting. found the pattern of artistic talent.

5. Ac/MC is square Saturn in 2nd house and that tells us that ambition is important. (‘Conservatism is comfortable’ says Noel Tyl about this combination). Saturn is in the 2nd house of earning money. That is where her center of gravity is. Seen as the 5th of the 10th house, the 2nd house is the house of showing off your status and Saturn doesn’t really show off, unless there at the saturnalia. Saturn in the 2nd house tells us about the importance of consistency of the verb ‘to have’.

CAREER MOVES
Talent and ambition drove her to New York at young age. She left the house of her wealthy parents to become a model and an actress in 1947. That was with Transit Saturn and Pluto on her Midheaven, Progressed Sun trine Uranus and transit Jupiter on her Sun.
In 1951 she had a tiny role in her first movie with progressed Midheaven conjunct Neptune en progressed Sun conjunct Mars and …inconjunct Chiron in the seventh house.
In 1953 she became more known. That is after transit Jupiter opposition Sun and with Progressed Sun opposition Jupiter and square Quaoar (a bright new world).

MEN
At that time, in 1953, she was engaged to mr. Cassini, who was born April 11, 1913. Her parents didn’t approve of marrying a non-catholic, so this affair ended. His Sun was square her Sun/Moon (he was sort of made for her!), but there suns were inconjunct (and that is easily creating lack of balance and a loss).

There are also rumors about an affair with Bing Crosby in 1955.

That makes you think why she was so fond of elderly men with a status. Venus sextile Saturn joins pleasure and business, so maybe that is it, combined with AC/MC square Saturn in the 2nd house. Perhaps also Juno in the second house is mirroring ‘marrying money’? But she could of course have married a young heir or a successful young actor instead. In fact she did what is supposed to be traditional for women who seek a solid basis for their children: they marry a man who is older.

MARRIAGE AND CAREER
When you are ambitious and romantic at the same time, what is more fancy and romantic than becoming a princess? Three days after meeting him, she sayd yes to the Prince of Monaco. His Venus conjunct her Chiron in 7 may have healed the wounds caused by former relationships.
She married with transit Saturn conjunct progressed Venus. Transits and progression repeating a natal aspect combination are stronger than other transits and progressions are. This one was a confirmation of the mix of business, convention and love that Venus and Saturn is.

When Rainier asked her to marry him her progressed Sun was moving towards an opposition with Ceres (symbol of motherhood and dynasties). It was time to become a mother. Her daughter was born 9 months after marriage. She didn’t immediately give up on her career.That was later.

In 1956 she made her last movie. In 1958 Albert of Monaco was born. A few months later they were in the Ed Sullivan show and in summer she and her husband traveled in Belgium (expo) and The Netherlands (Veere). They apparently loved to travel together and that is in line with the fact that both have an aspect between Venus and Jupiter in the natal chart.

TRANSIT NEPTUNE CONJUNCT ASCENDANT, TRANSIT PHOLUS on IC
A turning point and idealism on the horizon

In 1958/1959 Neptune on the Ascendant and Pholus opposition MC reveal that there was a turning point in her life. Her husband wanted her to give up acting and she also accomplished her major ‘task’ as his wife: she gave birth to an heir. From that moment on she focused on philantropy. She was named President of the Monaco Red Cross. It is interesting that Neptune is the symbol of voluntary jobs and idealism (and of the movies!). The Ascendant is the symbol of the name of a person. In 1958 a hospital was given the name of Princess Grace.

MARRIAGE AND SOCIAL POSITION
Venus-Jupiter is the symbol of the party and the 'good marriage'. Grace Kelly's chart has Venus sesquisquare Jupiter. The midpoint Venus/Jupiter is semi square Uranus. That is maybe why she married 'well' so quickly. There is also a semi square between Juno (symbol of wedded wife) and Jupiter/Neptune. Should I read this as a fairy tale marriage? But perhaps it is better to look at Midheaven and see the sextile with Jupiter and trine with Uranus for a combination that says: sudden windfall and improvement of position. But there must be more, not? In her solar return chart for her birthday in 1955 Jupiter was conjunct Pluto and sextile natal Venus. Maybe that helped. And not to mention the Leo Midheaven. Leo is a royal sign after all:).

More about the wedding day and match on Astrology&Love…
http://astrology-love-romance.blogspot.com/2012/04/marriage-and-wedding-day-of-grace-kelly.html

*) PS in short about the day of the accident, caused by a stroke: Transit Saturn was square her Sun/Moon midpoint, Progressed Mars conjunct Saturn separating and Progressed Mars and Saturn were semi square natal Sun.  Mars-Saturn blocks energy, Saturn is for endings.

PPS Unlike the Sun-Saturn wives of European heirs to the throne Grace Kelly doesn't have a Sun-Saturn aspect. Or does she? There is novile between Sun and Saturn within a 1.5 degree orb.