Dutch professor Kouwenhoven and crew managed to ‘see’ the Majorana particle, an important part of a super computer to be (but maybe you’d better read BBC about it: http://www.bbc.co.uk/news/science-environment-17695944 ) 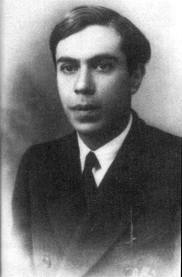 The Majorana particle was predicted by Ettore Majorana, a genius who disappeared at age 31. His chart and ‘disappearance’ looks like that of Grigori Perelman, a contemporary genius. That is what I found when I remembered the Saturn in Pisces of Grigori Perelman and started looking for more similarities in the chart positions, more specific I had a look at their Sun, Mercury and Saturn. I found that Perelman and Majorana both have Mars rising before the 'calling' Sun and Saturn in Pisces. They share a Mercury-Jupiter aspect. Both dealt with a challenging transit of Pluto when they withdrew or disappeared.

Here is the complete comparison of the charts of three famous scientists: Majorana, Perelman and Turing. These geniuses have/had difficulties. Majorana simply disappeared, age 31. Perelman now lives the life of a hermit. Turing, instead of being honored, suffered from being prosecuted because of his homosexuality and died in suspicious circumstances. What they share is a ‘calling’ Sun (drawing attention at any possible level) and a Mercury-Jupiter aspect. Majorana and Perelman both have Saturn in Pisces. Quoting myself:

The opposite of Jupiter in Pisces, endless mistrust. They seem to feel obligated to suffer, be lonely or their faith is a heavy load to carry. Very few politicians have this positionhttp://astropost.blogspot.com/2008/04/pisces-sun-sign-pisces-moon-planets.html

MAJORANA
Ettore Majorana is the scientist who ‘invented’ the Majorana particle. After that he vanished on March 27, 1938, age 31.

His Saturn is in Pisces. Mars rises before his sun. When he vanished it was in a challenging period with lots of stress, apparently, because transit Pluto was sesquisquare his Progressed Sun.

His natal Sun doesn’t make major (Ptolemaic) aspects in sign or orb 5 degrees. . I name that a ‘calling’ sun: he will draw attention at any possible level.

PERELMAN
Grigori Perelman is a scientist who solved a mathematical problem. He didn’t want to collect the prize and lives like a hermit (see the English Pravda: http://english.pravda.ru/science/tech/28-04-2011/117727-Grigori_Perelman-0/ ) His Saturn is in Pisces. Mars rises before his sun. When he withdrew from society, it was in a challenging period: transit Pluto was inconjunct his Sun.

Charts of scientists often have a Mercury-Saturn aspect, I said, but Perelman doesn’t have it. His Mercury is conjunct Jupiter.
http://astropost.blogspot.com/2010/07/saturn-in-pisces-of-perelman.html

TURING
You don’t need to have a Saturn in Pisces to be a genius. Alan Turing’s Saturn is in Taurus, for example.

Like in a lot of charts of scientists, his chart has an aspect between Mercury and Saturn: the novile.  Mercury is inconjunct Jupiter.
(http://astropost.blogspot.com/2009/06/alan-turing-chart-of-genius.html)