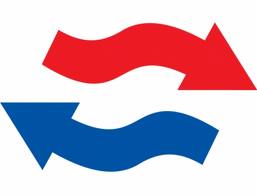 There is a reason for the symbol of confusion above this post. This is about the confusing mix of fantasy and crime in the chart of Thomas Quick (born as: Sture Ragnar Bergwall). Thomas Quick was born in Sweden on April 26, 1950. He lives in a psychiatric institution since 1990, after a bank robbery. He confessed a number of murders, but some of the victims turned up alive and well, others were never found. What he did or didn't do is unknown. His hour of birth is unknown, too.  It is certain that he committed a crime, but uncertain what and when or why.
Here are 10 observations about his chart. There are 9 keys to his convincing lies in the natal chart and when he was convicted in 1990, you see the planet of fantasy in an interesting aspect.

This is the chart with transits and progressions of the day when they convicted him for being criminally insane. He was taken to a hospital and that is when he started to 'confess' more crimes and murders.

Here are 10 astrological reasons for the story of the life of Thomas Quick.

1. The aspects of 'harmony'
There are no squares, but there are a lot of trines and sextiles in his chart.
I've written about trines and sextiles before and I said that in certain circumstances they opt for the easy way out. Sometimes that is robbery instead of working. Sometimes that is a life behind bars instead of labour.  This man has Moon in Leo, a need to play a starring role and be in the center of attention. How? In an institution? (...)
Please read the article about the murderer and his victim, both with charts loaded with sextiles and trines: http://astropost.blogspot.nl/2009/07/effect-of-sextile-example-youssouf.html

2. Neptune is the symbol of confusion and fantasy. Neptune is quatronovile Sun (rejoicing the 'double life' or creating illusions).
See the article on Astromarkt about Sun-Neptune and you will realize that this aspect often makes it hard to know who you really are…
http://astromarkt.net/sun-neptune.html

3. Mercury-Neptune is a 'suspicious' aspect for the mix of facts and fantasy and the confusing communication (see the links). Thomas Quick has Mercury/Neptune square Sun. 'Rich imagination' and 'impressionable' said Reinhold Ebertin in COSI…

4. Saturn is 'calling'! I mean: Saturn doesn't make a major aspect within 5 degrees orb or in sign. That makes Saturn an important planet and the theme of Saturn of importance in a life. When Saturn calls, duty calls. But when Saturn calls in the chart of a sick man, he might consider himself guilty, be blamed and … take responsibility, even when he is NOT guilty of a crime. It is because of conscience (crime and punishment).

5.  Node without aspects. I think that this contributes to the importance of those around him (family, community) up to any possible level. There is a minor aspect (Mars quindecile Node) that points at a focus or obsession that links aggression or labor to groups of people. Or an obsession with series of murder?

6. Mercury is binovile Pluto (rejoicing the power of the word)
They believed what he said because he knew how to be impressive.

8. Sun inconjunct Quaoar
Quaoar is the symbol of creating new worlds and realities. Thomas Quick created too many new realities.

9. Jupiter in Pisces rising before the Sun
Jupiter is convincing. Jupiter in Pisces sesquisquare Neptune has a lot of fantasy and belief. Jupiter-Neptune is the combination of the believing and devoted audience. This man was believed.

10. When he was convicted on June 1, 1991 there were two influences of Neptune. The progressed Sun was trine Neptune. I've seen the Sun-Neptune combination in the charts of convicts before. They are being isolated from society and the trine makes it easy…
The progressed Sun was also sextile Pluto. The Neptune-Pluto combination is the combination of the silent force and of mystery. That is when therapy started and he was starting to dream?
Transit Saturn square Sun is about the end of a period in life and about facing responsibilities and restrictions. That is in line with jail…
Transit Neptune was inconjunct progressed Sun: this is a sign of getting out of balance or of fantasy (Neptune) getting out of balance.


! When reading the positions of the day of birth of Thomas Quick we need to consider that this man is a psychiatric patient, probably a pathological liar. This is not the chart of the day of birth of a normal person. That is why the effect of the indications for lying and living like a criminal are stronger than for others born on that day! (I haven't found a famous 'birth' on April 26, 1950, so I have no example of how others - born that day - dealt with the fantasy in their chart).

http://astropost.blogspot.nl/2009/07/effect-of-sextile-example-youssouf.html
Sextiles in charts of a killer and his victim

AND SEE THE LABELS ABOUT NEPTUNE