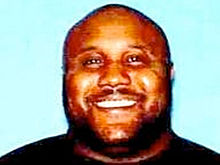 Today transit Ceres is exactly opposition my natal Sun. I had a look at the progressed chart of Christopher J. Dorner, the fired angry cop who became a killer. I noticed that in the progressed chart of the hunted man Sun is exactly square Ceres, not soon after progressed Sun square Eris (facing discord). Today also happens to be the birthday of Leslie Nielsen. I looked at the chart and noticed that his Sun is opposition Ceres and Ceres sesquisquare Ascendant. What does Ceres mean? Even the chart of Pope Benedict has an important Ceres on top, on Midheaven.

Ceres seems to be my theme for today. Ceres is the symbol of dynasty, family, motherhood, the archetypical woman, fertility, genes, seed, race, roots and nutrition (food; Ceres is important in the charts of cooks).Did you know that both Angelina Jolie and Jennifer Aniston have Ceres 'calling' (no aspects) in their charts? And what do you think of that 'calling' Saturn inconjunct Ceres in the chart of the man who lost his function and feels that discriminating colleagues and superiors are to blame?

DORNER's NATAL CHART
There is no hour of birth available.


In the natal chart Saturn in Virgo is exactly inconjunct Ceres as if there was already a disproportional disadvantage related to his roots. Virgo is a discriminating sign in the sense that Virgo looks for details and differences. In this case the bookkeeper's eye is linked to Ceres, the symbol of genes. Could I read that as part of the problem? There may have been natal disadvantages to start with. He felt them more than others did, perhaps. Saturn in Virgo doesn't make narrow aspects. It is an indication that 'duty calls' and that he had a 'calling' for official duty, as a police man. Respect and the law are highlighted. Now he faces the law from the other side.


In Christopher Dorner's natal chart Mars rises before the Sun. That is the statement for the activist, the energetic and driven person.  (Mars in Taurus doesn't act quickly and neither did Christopher, five years after losing the job.) Mars is in minor aspect with Saturn (112.5 degrees, square + half semi square). Mars-Saturn is for disciplinary measures. This aspect comes back now, in progression!


Another interesting aspect in the chart of Dorner is Mercury opposition Neptune. Mercury-Neptune aspects are common in the charts of those who become the victim of miscommunications, false accusations or testimonies or… of their own fantasies. There is a number of examples on this blog.

The natal Sun is sesquisquare the midpoint Saturn/Neptune. This is a difficult midpoint combination to deal with and often includes illnesses (related to emotional suffering).

The Sun is trine Pluto. That shows us the importance of self esteem and being valued.

DORNER's PROGRESSED CHART
Several points in the progressed and natal chart of Dorner are in line with what happens. In a bad situation the nasty sides of aspects, transits and progressions show up. He IS in a bad situation.

a. Christopher Dorner's natal and progressed chart both have Mars rising before the Sun.  He hasn't changed through the years and is still militant.

b. In the progressed chart, this Mars is now square Saturn (the law, disciplinary measures). Mars-Saturn is a dangerous combination, related to death, heroes, severe injuries and blocked energy. This aspect is resonating the minor aspect in the natal chart and therefore stronger than other aspects! To discipline, to punish, to be disciplined an punish, that is the Mars-Saturn story.

c.  Progressed Eris in the 15th of Aries (discord) and progressed Nessus in the 15th of Cancer (revenge) are exactly square. How this Eris square Nessus (in aspect with progressed Sun) corresponds with what is going on! There is a revengeful war going on.

ANGERED SUN-PLUTO
d. Now that the angered Sun trine Pluto became Progressed Sun square Pluto stress turned his life and that of others upside down. The progressed Sun with Pluto mirrors life in danger.
Sun-Pluto aspects point at the importance of self esteem and defending honor. Angered, he choose a bloody way to get attention needed (in his eyes) to clear his name and restore his value by killing persons who where not his direct enemies.

And he is worth one million dollar now...death or alive.

Also visit: Astromarkt.net for example about Ceres or on Sun-Pluto or about Mars-Saturn

Great write up! And so accurate about progressed Sun/Pluto dark side, I've seen it too in these tense situations. Can be very dramatic.

I don't know if you've read his manifesto but here's an interesting snippet: "Self Preservation is no longer important to me. I do not fear death as I died long ago on 1/2/09."

Glad he added a date, this was when his career ended with the LAPD. Transiting Mercury was opposed Neptune, the natal aspect replicated. It really says a lot about his situation so thank you for bringing up this aspect.

Thank you, Natalie, also for pointing at Saturn opposition Chiron vice versa. Because Saturn is a very important planet in his chart, this aspect is also important. It is good to mention this transit.

I have posted about Saturn opposition Chiron in the chart of someone else. She was confonted with a dying man on the street (he was stabbed to death). In that post I quote Robert Hand (' between a rock and a hard place').

So appropriate for the situation, it startles. Love your blog.