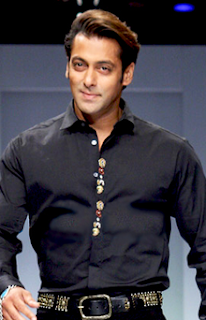 Indian actor Salman Khan faces charges of culpable homicide for killing a street when he drove his car into a bakery in Mumbay, in September 2002, BBC news reports. He is hugely popular but he is also often been described a a 'bad-boy', they say. I like to involve Mars-Uranus-Pluto in this story.

MARS SESQUISQUARE PLUTO AND URANUS
Mars in conflict with Pluto can be the reflectioin of using violence, abusing force and of a problem with male hormones. Salman Khan has Mars sesquisquare Pluto. Mars is also sesquisquare Uranus. That is symbolic for a hot temper. Mars with Uranus and Pluto tends to act (Mars) on impulse (Uranus-Pluto) or to be the rebel (Uranus) using force (Mars-Pluto). In an earlier post I refer to it as the aspect combination of terror (see http://astropost.blogspot.nl/2012/07/mars-uranus-pluto-neptune.html ) that we also see in the chart of Anders Breivik, the man who murdered so many in Norway. I quote:

In 1940 Reinhold Ebertin (click for his chart) wrote about this stellar combination. I quote 'The combination of stellar influences":"Fanatism, act of violence, mania of destruction".He was right.The Mars-Uranus-Pluto combination doesn't mean that such an incident has to happen. Astrology doesn't work vice versa!

But sometimes it looks that way...

Here is the chart of his day of birth with today's transits and progressions. Transit Uranus (symbol of controversy, nerves, shocks and news) is square his Sun now. That is often so when a VIP is discussed in the news papers.

NESSUS
On the day of his birth the Sun was inconjunct Nessus, the symbol of wrath after death and the return of angry persons from the past. The quincunx or inconjunct is the symbol of losing balance and of loss.

It is interesting that in this case, 10 years after the incident, the killed street sleeper sort of 'returns after death' in a trial. Khan is also accused of hurting 3 others in this incident.

Salman Khan denies that he drove the car in the event of September 2002. That was when Transit Saturn was square his Progressed Sun and Transit Pluto conjunct Mercury.

PS with Uranus, Mars, Pluto and Moon on the angles of the solar return chart, my mother had an accident. She fell and broke her hip on two places. The first surgery went wrong, so that she underwent surgery two times. The result is that she now lives in a home for the elderly, unable to walk on her own.
Uranus and Pluto are on the list of planets reflecting change.

Chart of day of birth of Anders Breivik: http://astropost.blogspot.nl/2011/07/anders-behring-breivik-and-his-day-of.html

Also visit: Astromarkt.net about Mars-Pluto and the drive to win