Golden oldies of Astropost - 1 - on crime 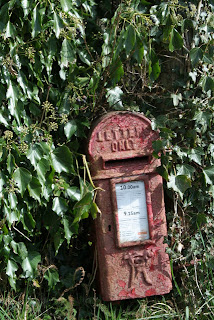 Some posts here are very popular, some are less viewed and almost forgotten, even though I think that they are worth being read:).
Here are some of them, related to crime:

1 Bertrand Cantat was released  in 2007 and I wrote about that. Before he was found guilty of beating his friend Marie Trintignant to death, he was a popular singer (Noir Desir).


There is some similarity with the case of Oscar Pistorious and his friend Reeve Steenkamp. Just like Reeve, Marie had a hard transit of Pluto with natal Sun. Transit Pluto cAn be an alarming signal of life in danger.

The story on YouTube (in French): http://www.youtube.com/watch?v=6D5JLffKxKk
Here is the chart with transits and progressions for July 27, 2003, when the crime happened:

In 2012 he 'came back' on stage. For the artist we see a prominent Neptune on MC in a quatronovile with Venus.  Besides: Moon/Neptune=MC.
http://astropost.blogspot.nl/2007/10/bertrand-cantat-released.html

2. I wrote about the documentary ' Capturing the Friedmans' and the charts related. What I found was that the main 'suspect' had transit Neptune square his natal Sun in the period of accusations. Neptune always  confuses and raises mysteries. Another mistake of Neptune is gossip...
http://astropost.blogspot.nl/2007/10/capturing-friedmans.html
Later there was news about the case:
http://astropost.blogspot.nl/2008/11/capturing-friedmans-update-and-about.html
In that post I mention Mercury inconjunct Neptune. It is the kind of aspect that is related to false accusation, miscommunications and confused confessions.

3. Mars used to be the war god. He is still the symbol of war in the charts of war criminals:
http://astropost.blogspot.nl/2008/02/mars-at-war-about-birth-chart-of-kang.html