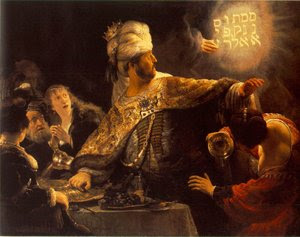 SIGNS OF CHANGING TIMES
Here are more than a dozen astrological indications for life changing periods! Of course: with examples….But first one warning:
It depends on the amount of aspects and/or of mirrored aspects in the natal chart how strong the effect of the signs of changing times will be. And as you may notice from the examples: there is miscellaneous effect, depending on the natal chart, other aspects and transits that accompany the signs of changing times and last but not least: ages, genes and social/economic circumstances.

MORE INDICATIONS, MORE CHALLINGING CHANGE
One swallow doesn’t make a summer, but three of them usually do:)... When there are three or more of those signs of changing times within a short period of time, it might be difficult to cope with the amount of challenges. Changes require flexibility and for older people a lot of challenges at the time might just be too much. There are easy and welcome changes. But life changing events can also be strenuous or dramatic.

A recent example is Susan Boyle’s chart with a changing Sun sign, Pluto square SA Midheaven, Saturn inconjunct Midheaven and Venus on the IC of the Solar Return Chart. With more than 3 important signs of changing times, she collapsed shortly after she became nr. 2 in ‘Britain’s got more talent’. Nevertheless, she is becoming one of the better payed artists in the UK.

WHAT ARE THE SIGNS?

The list of astrological signs for changing times below gives an idea of when life changes. There is no hierarchy of importance in the number of the sign of change.

This period starts lasts about 3 to 4 years, starting when the progressed Sun enters the 29th degree of a sign. Everybody has 2 or 3 of such periods in a life time. The major aspects in the period offer further information about the nature of the change.

2. Transit Pluto is in aspect with your Sun or progressed Sun

Pluto is the planet of dramatic change and transformation. The transit of Pluto forces you to make changes in life style or in the way that you developed. Especially with the conjunction might sort of force you to start living life in a more intense way. The effect is stronger and longer when you have a major or minor aspect between Sun and Pluto in the natal chart.


3. Transit Uranus is in aspect with your (progressed) Sun

4. The conjunction of progressed Sun

When the progressed Sun joins another planet or the Moon, something new enters your life; new developments alter your life style. I had Sun conjunct ruler 7 when I married, for example.


5. The progressed Sun in opposition

When the Sun is opposition another planet or the Moon you are strongly influenced by the outside world (by what other people – want you to – do). I know of someone with progressed Sun opposition Pluto, whose life changed in a dramatic way when her husband left her and her financial situation altered. One of the Popes had this aspect when he died within one month after being elected pope. Dramatic change at old age is more difficult, even when it means success. And Pluto’s effect is always strong…

6. Transit Saturn in aspect with your Sun

Saturn is the planet of endings and separations. With the transit of Saturn a life style (way of life) or life (as you know it) ends. There are shortcomings, mistakes, guilt and debts to consider. Often, when people die, they see their lives as a debit-credit account. What did they do wrong, what deserves respect...These considerations often lead to changes, because you clearly see (Sun) what is wrong in your life (Saturn).
For the effect of Saturn and Sun together, see the link...

The changing sign of Midheaven changes the condition or status of a person. It is important to know the exact hour of birth for information about Midheaven.

8. Transit Uranus or Pluto in aspect with (progressed) Midheaven

Dramatic changes in status or reputation are involved when there is a transit or progressed aspect of Midheaven with Uranus or Pluto.

9. Progressed Sun/Moon with slow moving transits (for example from Pluto)

I have written about that before, see this link...

10. The progressed Moon on the angles (Ascendant, MC, IC or Descendant)

With the progressed Moon on one of the angles of the (progressed) chart, emotional change might happen. Often this is just temporary, a moment in time that somehow emotioned you or that you may remember later.

With a planet on the angles of the solar return chart, something of importance makes it a special year. It might be the end of a period (Saturn on an angle), lost or confusion might change your ways (Neptune), a shocking or surprising event might mark the year (Uranus), but it can also be a year of fun and tender loving (Venus), family affairs (Moon), being struck or hit (Mars), great development or a voyage (Jupiter). Your position changes when the Moon, Pluto or Uranus is in hard aspect with the Midheaven of the solar return chart. This doesn’t necessarily mean a changing status or career. Often it refers to family matters (motherhood, parenthood, changes in the family or domestic changes).

12. Transit Neptune in aspect with (progressed) Sun or Midheaven

Neptune confuses and redirects (mostly in the 'wrong' direction: out of the limelight). A period of isolation sometimes offers opportunities, for example for artists, authors or composers. But most Neptunic transits occur when illness, weakness or disappointment is the issue. Isolation in hospital, in another country, in your own house...Neptune is like a mist and in the mist noise is sometimes even louder. You can clearly hear what is wrong, but you cannot focus on the problem and you cannot solve it until the transit is over and the mist passed bye.
Does this aspect change you? Yes, it makes you aware of what is wrong with you, your life style, your career or your family life. And this is a chance to get a vision of what life should be like, later.

Of course, with Jupiter's transits and progressions life can change, too. Mostly that will be in a beneficial way. But Jupiter's transits and progressions just improve, stimulate and grow. They don't change you in the sense of 'transforming you'. It is really up to you. When you profit the honest way, you will benefit. When you make advances the criminal way, you will be exposed later, perhaps. And only when there is a Sun-Jupiter conflict in your natal chart.


14. Transits over the Ascendant and ASC/MC

. President Obama's progressed Sun sign is changing during this first period of his presidency. His life and life style changed and is still changing. As he is the leader of the country, the USA is also transforming.
. The Berlusconi's both had the progressed Sun sign changing at the time of their marriage.
. Dave Dee died in a period of the Sun sign changing sign.
. The young King of Bhutan is in a period of a changing progressed sun sign now that he became King.
. Sarah Ferguson divorced in 1996 with progressed Sun in 27.5 Scorpio and after that she completely changed her life style. She cleared her debts in 1998 (when the Sun moved to Sagittarius).
- David Carradine (December 8, 1936 Hollywood) died June 3, 2009 in Bangkok in suspicious and rather strange circumstances, in the year when the progressed Sun sign was changing.

B. Pluto and the Sun

. The young King of Bhutan has transit Pluto square progressed Sun now: he is in the middle of a period of dramatic changes (for him and his country).
. Sometimes the transit of Pluto refers to the 'come back' of old problems. This happened to Dutch Prince Bernhard jr. who had to have surgery twice because the same physical problem reappeared with transit Pluto conjunct the Sun.
. I know of a person who had transit Pluto conjunct progressed Sun and transit Uranus square natal Sun at the same time. Her life ended in that period.
For more information about Sun-Pluto transits and progressions, see the article on Astromarkt about Sun and Pluto.

Joe Biden had Transit Pluto at 29d22 Sagittarius semi square his progressed Sun/Moon in 14d16 Aquarius on Election Day and in the months before. He was confronted with the death of a family member, political confrontations and the transformation to vice-president.
More about progressed Sun/Moon: http://astropost.blogspot.com/2008/12/progressed-sunmoon-midpoint.html or click the label below.

D. Aspects made by progressed Midheaven or transits with (progressed) Midheaven

Transit Uranus semi square her natal Midheaven caused upheaval in the international press about Ingrid Betancourt's divorce. For more examples in my other post about transit Uranus and Midheaven click here http://astropost.blogspot.com/2009/02/uranus-on-top-or-in-aspect-with.html or here..
. Empress Mitchiko of Japan had progressed Midheaven opposition Uranus when her father in law died and her husband became Emperor. More modern (Uranus!) times started for her and her country.
Transit Uranus opposition the Midheaven of Mata Hari when she was convicted to death, to her surprise and astonishment

ACTIVATED NATAL CHART ASPECTS
Transits and progressions that are connecting the same planets that form an aspect in the natal chart, have the strongest effect. Say: if you have Sun inconjunct Uranus and transit Uranus is conjunct your progressed Sun, this transit will have a stronger effect for you than it has for someone who does not have a Sun-Uranus connection in the natal chart. It is quite logical that the planet of upheaval will have a stronger effect in the life of someone with a disposition for disproportionate upheaval, an impulsive or nervous person (for example). Or when you have Sun sextile Neptune, the transit of Neptune conjunct your Sun may bring certain weaknesses to the light that were already there. Your natural talent to 'hide away' or 'pretend' will be highlighted due to circumstances.

WHAT IS A SOLAR RETURN CHART?
Solar Return Chart: the chart of your annual birthday (for the exact moment that the Sun has the same degree, minute and second as when you were born)

My sun sign is at the moment on 29 degrees aquarius and i quite my job after 13 years woking for the same company.I had a couple good resons but besides that i just felt i had to do this.
That happend on october 1 and now one month later i regret it a little because i did't realise how much inpact will have on me.

decisions that we make around this period are they good or bad? why do i feel like everything was taken away from me??

Progressed sun is in my 10th natal house and make only one aspect trine to natal saturn.

Hi Sanja, much depends on your personal natal chart (and other progressions, transits) and your personal situation(of course) , but...your story confirms that Saturn is the symbol of endings (in your situation. What happened was a voluntarily and swift end or solution - trine -), in a period of changing life style (Progressed Sun sign is changing).
Perhaps your feelings are related to getting used to the new way of living? Wish you strength!:)