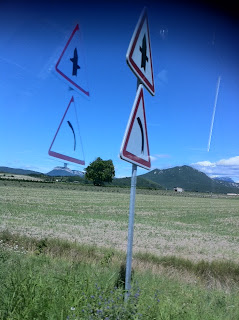 When there is a transit or progression or a synastry between the same planets, lights or angles as in the natal chart, do they have more significance than those aspect combinations that are not like in the natal chart? I mean, for example, when transit Jupiter is trine your Sun, does it have more effect when you have Sun square Jupiter in the natal than when there is no natal Sun-Jupiter? I am sharing my thoughts and give some examples,


When you have, for example, Sun trine Jupiter in the natal chart, transits of Jupiter will sound harder than in the lives of those who don't have a sun-jupiter natal aspect. And vice versa. It is (astro)logical. Maybe there is a psychological explanation, for example that when you are a positive person with confidence you will likely benefit more when an opportunity is at hand, than when you are less wired for luck. But I can't always find them. Sometimes it is just more like a response to a certain sensitivity, just like seeing an overload of babies when you are pregnant or when you notice your new car on every road. An explanation is not required, of course, when you simply point at some maybe coincidental correspondes. So I continue...


Sun-Jupiter and Sun-Neptune
The 'vice versa' example (no effect) is: the President of the USA, Barack Obama. The polls are strongly against him and it seems to be hard for him to be successful, in spite of the fact that Progressed (or Solar Arc) Sun has been trine Jupiter 6 weeks ago. The transit of Neptune inconjunct Progressed Sun of the past and coming months resonate the Sun-Neptune aspect in the natal chart and the effect is visible: he is the ' fallen angel', the idol who is no longer a hit. How can that happen with a SA Sun trine Jupiter? I think that it is, because the Sun-Neptune effect is stronger (double effect, natal and transit) than the Sun-Jupiter effect (only that one Progressed trine...). Here is the chart:

But of course, there are more examples.


1. My personal example is also Sun-Neptune, tightly sextile in my natal. In my idea, sextiles are the symbols of the easy ways out. I had them! I had P Sun square Neptune and Transit Neptune conjunct Sun when I started wasting time on astrology;). I also experienced Progressed Sun trine Neptune. The conjunction and square were nasty and depressing. I lived in a place where I didn't want to be at all. The trine, however, was in the middle of a rather pleasant period. This aspect was when I started rather Neptune-like blogs (Art&Astrology and Astrology-love-romance) and Neptunic activities like doing a cruise. Maybe Neptune is the less 'active' symbol of them all and maybe Neptune (softly!) opens your eyes for the softer side of life (including imagination, religion, art, romance, dreaming away etcetera). After such a soft example, a harder one is needed....


2 Sun-Pluto
I have Sun tightly trine Pluto in the 6th house. With transit Pluto conjunct my Sun I was confronted with a life threatening illness and a nasty remedy, but  at least I survived. I asked about the experiences of someone born on my birthday (but in another year) who also had transit Pluto conjunct Sun (but no aspect in the natal). Nothing happened.

3. A Sun-Saturn example
I have the d.o.b. of an authority with natal Sun inconjunct Saturn and today transit Saturn square Progressed Sun. She had to resign after accusations of abuse of power and lack of integrity. People reacted furiously. The windows have been smashed, her family threatened and for a few years she will not be employed, I guess. She blamed the buro of investigation and they want her to appear before the judge because of that.
That is the hard confrontation, that is Saturn. It looks like the square activating the inconjunction.


4. More Sun-Saturn
http://astropost.blogspot.com/2011/07/anders-behring-breivik-and-his-day-of.html
Breivik' Sun-Saturn in the natal chart is corresponding with Sun-Saturn progressions and transits on the day of the killings in Norway:

In the natal chart the Sun is quindecile Saturn (orb about 2.5 degrees, however).

http://astropost.blogspot.com/2009/08/money-in-chart-of-sarah-ferguson.html
Sarah Ferguson's natal aspects with the Moon were repeated in progression when the video appeared about her attempts to sell a meeting with Prince Andrew:

http://astropost.blogspot.com/2010/06/suspect-again-joran-van-der-sloot.html
The charts in the case of the missing Natalee Holloway have a lot of double Mars-Pluto's. There was a lot of interaction with Mars and Pluto in their charts and there were transits between Mars and Pluto on that tragic day.

A 13 year old runaway was supposed to have been killed by her family when she had transit Saturn square Mars and Nodes, just like in her natal chart.

In this post you also see the special effect of natal aspects coming back in synastry...More complicated 'doubles' between charts:
http://astropost.blogspot.com/2010/09/3x-double-transits-of-september-11-2001.html


PLEASE ANSWER THE POLL ABOUT DOUBLE OR NOTHING. Thanks in advance!