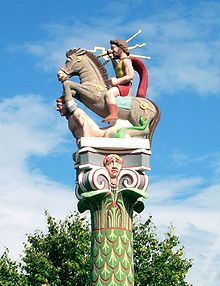 Every time that Jupiter has a part to play in an act of justice, the suspect benefits from it? It seems so, when you see the examples here. Jupiter is the symbol of protection and support. Jupiter doesn't make a difference between those who are guilty or not guilty. Jupiter is not 'justice'. Jupiter sometimes is the jolly judge in persona. But not always. There is always a 'but'

Let me give you some examples:
1. Roman Polanski
He asked a mother to send him her 13-year old daughter for glamour pictures and had sex with her. The Swiss judge said that he was NOT to be send to the USA and the French don't want to send him away either. He is protected by friends in politics. Protection is Jupiter. That is why his chart had progressed Sun semi square natal Jupiter and transit Jupiter trine progressed Mercury at the time of the verdict. See http://astropost.blogspot.com/2010/07/roman-polanski-and-jupiter.html


2. Bertrand Cantat, a popular artist in France, was supported by his fans and friends, even though he killed his friend Marie Trintignant on July 27, 2003. He said he hit her 19 times (and on the head) because he was angry and jealous. Mars (rising before the Sun) is opposition Uranus and Pluto in the 7th house in his natal chart.

Now how about Jupiter?
Jupiter is 'calling' in his chart and Jupiter (ruler of the 11th house of friends) is inconjunct his Midheaven.
On July 27 2003 this important Jupiter his his chart. Transit Jupiter was trine his progressed Sun. His friends said it was an accident, he was outraged and it was a crime passionel.

He was convicted in 2004, got 8 years but he didn't have to stay in prison all that time. Many famous Frenchmen found that the fact that he was political correct in their eyes, should help him. He was released in 2007, on October 16. That's when I wrote about his case: http://astropost.blogspot.nl/2007/10/bertrand-cantat-released.html

3. Louis Althusser "massaged the neck" of his wife and she died. He was not convicted for murder. How come? Read the post on the case http://astrology-love-romance.blogspot.nl/2013/05/a-mortal-marriage-louis-and-helene.html … Now how about Jupiter?

1. transit Jupiter was on his Ascendant and inconjunct his IC on the day of the death of his wife.
2. Jupiter is 'calling' in his natal chart and inconjunct Northern Node.

4. DSK
I wrote about him many times. When he was almost due to be sent back to France I wrote:

Will the judge let him go? Will there be less strict conditions? If that is so, the lesson is: never underestimate the effect of Jupiter-Uranus in the chart of a wealthy man with good lawyers and never underestimate the effect of Neptune in the chart of a chamber maid. In this blog about Nafissatour Diallo you read that her progressed Sun changed sign and transit Neptune is now conjunct her progressed Sun. It is the combination of the negative view and the media attention.

And Jupiter happens to be positive…
http://astropost.blogspot.nl/2011/07/sudden-windfall-domique-strauss-kahns.html

5. In "Jupiter and the wheel of fortune" I name:
Genarlow Wilson: he had to spend many months in jail for voluntarily sex with a girl of his age (but not 18 yet). Jupiter was trine his Sun when he was free again (together with Saturn-Uranus indications for 'breaking free').

6. Marc Dutroux, the serial killer, was found not guilty and/or released several times, with the help of Jupiter. See how:
http://astropost.blogspot.nl/2011/05/michele-martin-marc-dutroux-and-jupiter.html

BUT, NOT ALWAYS...
yes, there is always a but. Consider this.

CONCLUSION
Jupiter doesn't help always… It is really a matter of 'wheel of fortune'. You also need influential friends!:)

PS
There is also a negative way to be found positive: http://astropost.blogspot.nl/2010/09/alberto-contador-jupiter-and-positive.html

LINKS
For more about the mythology of Jupiter and another message about the prominence of Jupiter in the charts of criminals, see Skyscript: http://www.skyscript.co.uk/jupitermyth.html