This is a quick post about an observation that I made when I read the news today. 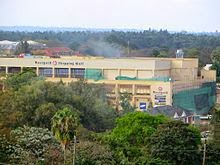 It is Mars-Uranus linked to terrorism, again.

Today I found one more example: Samantha Lewthwaite, nick name The White Widow (her husband Germaine was one of the London 7/7 2005 terrorists). She is wanted by Interpol because she may be involved in the terrorist attack in the Nairobi shopping mall.

She was born on December 5, 1983 . On that day Uranus was rising just before the Sun and Uranus was exactly sextile Mars.

The aspect of the short fuse and the drive to make changes asap, may be just one of the reasons why a person commits such cruel crime, but I mention it here because it is that one reason that she shares what the other terrorists whose chart I calculated: a prominent Mars-Uranus combination. (And yes: there is more in the chart, like the cluster in Sagittarius and the 'calling' Saturn in Scorpio just as there is more to say about her road to terror, perhaps).

Here is her chart:
PS
- When she was 17, her progressed Sun sign changed sign to Capricorn (a sign that life style changes). That is when she converted to Islam.
- The Uranus-Pluto square 'hit' her Mars-Uranus lately and will hit her Mars again.

LINKS
Also visit: Astromarkt.net and see the article on Mars-Uranus (the short fuse) with the list of examples of terrorist with narrow and prominent Mars-Uranus combinations.. Of course, Mars-Uranus doesn't turn a person into a terrorist. It is the other way around: terrorists have it.