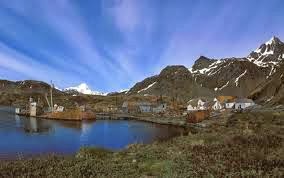 This is the chart of Edward Shackleton, a courageous explorer and role model of a leader keeping his team together (and rescuing them). This Aquarian had Quaoar on his Descendant. The axis Ascendant-Descendant can be seen as 'your horizon' and Quaoar is on that spot: 'new worlds on the horizon'. His new worlds were icy cold and perhaps the Capricorn Ascendant likes it 'cool':).
Quaoar is a dwarf planet (like Pluto now) in the Kuiper Belt, named after a Tvonga deity of cretions (another name for Quaoar is Chiniqchinix). If Quaoar is prominent in your chart, creating and shaping new worlds, possibilities and realities is a key theme in your life.

Here are some ideas about aspects with Quaoar, with examples.
Quaoar is essential when this object is in a square, conjunction or opposition with midpoint Ascendant/MC or when there is an aspect with both Ascendant and Midheaven.

Where is your Quaoar? Find out here: http://www.astro.com/swisseph/quaoar.htm