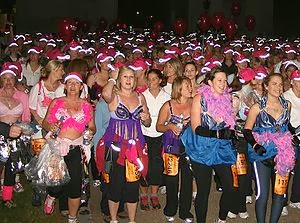 It is almost Winter Solstice time. Later (!), Venus goes retrograde. It is like if she is doing the moonwalk. What's wrong with that, I wondered…I checked, found some links and share my thoughts.

IDEAS ABOUT VENUS RETROGRADE
Most astrology sites tell me to take care during Venus retrograde, especially when it comes to desires, buying things or in relationships. Money and love are Venus-related in astrology. When Venus goes retrograde, this is considered as a warning for all that you appreciate. The general advice during Venus retrograde is not to start anything new, like meeting a new lover or start decorating the house. When you travel, you want to get back to where you came from. When you purchase something, the price will fall later (grrr@!). And you might have to reconsider a lot. It is also hard to cure Venus-related ailments (kidney, bladder) and I am glad that I meet the beautician in the week before!:)
Venus Retrograde seems to be good for donations and meeting old lovers and friends. Xmas time happens to be the time for that, too. So after all, Venus Retrograde may be the charity organization's pleasure!

Now, if you come here more often, you know that I love examples, tests and investigations. I will start with me:).

Retrograde periods of Venus happen 'all the time', about every 20 months.  I checked the last time that Venus was retrograde in Capricorn. All that I found was that a few weeks later (Venus direct and running) I catched a cold and ended with pneumonia. The Venus Retro period, however, was OK!

3x TRANSIT VENUS
I wondered about Transit Venus going retro. Usually, with Venus direct, there is only 1 hit. Now this transit of Venus has a double efollow-up! When transit Venus is retrograde there is 3-times hit! First we see how she moves direct, than she does the moonwalk and returns. A retro Venus hits you 3 times! What is wrong with that? Is it because 3 is a cloud when it comes to luv?:) We use to see Venus as a beneficial planet, giving us comfort and pleasure. All good things come in 3, don't they? And all is well that ends well, isn't it? Perhaps, in the end, Venus grants us an extra feel good moment!

So the upcoming Venus retrograde isn't scaring me.  In fact, I volunteer! I happen to have planned a new kitchen, some decoration and a new door, all bought in Venus direct time, but to be installed in January, right in the middle of the Venus retrograde period. There is always something unexpected when you are renovating a house…Venus direct or retrograde. But if the effect is worse than ever, I'll blame Venus. Of course, there is a risk that my husband and I fight each other over details or because we can't cook for a few days (and will have to eat fast food all the time:). Who knows what happens…I hope that I can resist the temptation of overspending on decoration!


It is not (just) that I like to take risks. It is just that I can't see what can be wrong about a triple hit ot transit Venus! This time it will also be a personal hit. Transit Venus will be conjunct my Mars 3 times, because of the retrograde phase. There has been a first hit already (yesterday) and nothing special happened…On December 29 the retrograde Venus will hit my Mars and AC/MC again and the final hit will be on March 2.

HOW ABOUT NATAL VENUS RETROGRADE?
Perhaps there is something wrong when you are born in a Venus Retrograde period? A natal Venus retrograde  makes you shy or not very sociable, they say. The power of Venus is weak. That doesn't seem to be a good starting point for
1. a Queen to be like Princess Catherine (retro Venus applying to square Jupiter) or
2.  a celebrity like Dan Brown (who happens to live behind big walls).
3. Susan Boyle was born with a retrograde Venus  in a separating tight square with Saturn. In the progressed chart there is 15 degrees orb now... It seems that she is shy.
4. Natal Venus retrograde is in the chart of a successful Dutch TV (Albert Verlinde) man who loves to tell all about the love life of celebrities. Early December it was all about his husband, spotted when kissing a younger person…But is that because of Venus Retrograde in the  natal chart? *)

MORE RETROGRADE PLANETS
Retrograde planets are considered to have an inward effect. I would have loved to see something more 'measurable' than this. Perhaps, when Mercury goes retrograde communications don't come easy. When Venus is retrograde, socializing could be uneasy. I think that there might be luxury problems. You know, the kind of problems that disturb those with real trouble. Unless LOVE, LUXURY, PLEASURE and FUN is so important for you (maybe because you work in the field), that you sense it when Venus 'stays behind' for a while.

WINTER SOLSTICE
Here is the Winter Solstice chart for Greenwich.
Venus is about to go retrograde, but still going direct, in the Winter solstice chart.

HOW ABOUT YOU?
Personally, I noticed important years when a progressed planet changed direction from retrograde to direct and vice versa. I had that with Mercury going direct and Saturn going retrograde in 1981. The year that Neptune (my ruler 1) happened to be important also. I never experienced a progressed change of direction of Venus.

Venus retrograde's moment of changing direction are at 13d33 on January 31, going direct (a degree of harmony, says Janduz) and at 28d58 Capricorn on December 21 in a degree of contemplation. Any correspondence with the positions in your chart? Then watch what happens and if you like: post a comment and share your experiences.

*) I see that Lilly mentioned a 3rd person (with Mercury Rx) and I wonder about the 3rd person in a relationship with Venus Rx...

my scorpio rising is at 13º and my Mercury is at 27º Cancer - so Venus (transiting the 2nd house and then the 3rd) will have an effect. In what way, I have no idea. But I do think I need to make a bigger effort to save my money and spend less.

Hi Dunyazade, today I forgot Venus Retro and went shopping. Bought a not needed machine. That was day nr 1! So now avoid shops...👣💭

Venus retrograde: now I have one more coffee machine. They could fix it for half the price of the new one. Sigh! The try outs of all of them make me feel VERY awake!:)