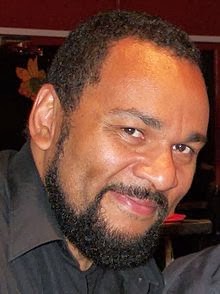 Uranus is square Pluto, still and Mars adds some fuel. You can see it in the New Year's chart.
Some of what happens these days perfectly mirrors Uranus-Pluto. This post is about a man born in 1966. That was with Uranus conjunct Pluto.

Remember the post on 'Resonance',  the effect of the interaction between mundane transit aspects and natal aspects?*)
Quote:

The generation of the mid-sixties is likely to be 'hit' by Uranus-Pluto's square. M'bala M'bala is one of them.

DIEUDONNE
Dieudonné M’bala M’bala was born in the decade of the 'protest generation' and is now the example of a ‘living Uranus-Pluto’. He is one of the most controversial persons in France today. I'll tell you why.

He is the inventor of the ‘quenelle’, a salute that reminds us of the Nazi salute. He is said to be an anti-Semite because what he says is anti-Semite. He is supporter of and supported by the regime in Iran, they say. He has been convicted seven times on antisemitism charges. He is friends with the right wing, while he used to be an anti racist left wing activist.
When the polemics started, in 2002, his progressed Sun was changing sign. That is the mark of a changing life style, a new period in life. … For more you just have to Google him.

That is one side of M'bala M'bala. He also has a lot of fans and followers (copying his gesture, the quenelle). Jupiter inconjunct Neptune, in aspect with the Sun is one of the  indications for this. People all over France (and in the USA) are making selfies with the quenelle, on spots related to Jews.

This is his chart, with today's transits and progressions.

His natal chart is very Uranus-Pluto:


Right now there is Uranus square Pluto and Mars is adding some fuel to this aspect. This combination hits his Progressed Sun and Mercury. In the progressed chart that you see here, Mars is inconjunct Uranus-Pluto. That is a sign of crisis (see the links for more examples).

Also, the Progressed Sun is conjunct Eris (the symbol of discord).

LINKS
1. The exact square between Sun and Neptune in his natal chart really causes confusion. People like Woody Allen seriously think that M’bala M’bala is just joking (http://www.legorafi.fr/2013/05/15/woody-allen-dieudonne-est-le-plus-grand-humoriste-juif-de-tous-les-temps/ )
Is it an act? Then who is the real M’bala M’bala? For more on Sun-Neptune and being 'double': http://astromarkt.net/sun-neptune.html

2. I checked what happened when Uranus hit Pluto in history (here: http://www.astromarkt.net/uranus-pluto-history.html ). The mid sixties, when Mao had his cultural revolution, in the time of the beat-generation.

3. More on M’bala M’bala on Wikipedia:
http://en.wikipedia.org/wiki/Dieudonné_M'bala_M'bala
and here:
http://www.webpronews.com/dieudonne-mbala-mbala-ban-over-anti-semitism-2013-12