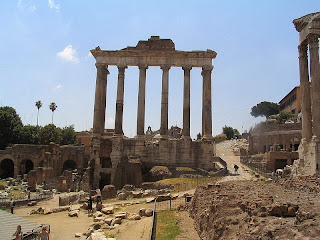 There is an article on Astromarkt about Mars-Saturn, including Mars-Saturn synastry, one of the most nasty interactions between charts in a relationship and very hard to deal with. I wish that I had beautiful examples of Mars-Saturn happy couples, too (just to show you that there are always exceptions), but I don't have them, yet. I'm sure that it takes a lot of Venus to overcome Mars-Saturn.

Mars-Saturn is the symbol of: inevitable, obligatory action or inactivity based upon duty, age, fear or caution, with different results and consequenses.
That includes death, discipline and punishment.

I added the Polly Klaas case to the article on Mars-Saturn today. Her name was on the list of Astro.com 'birthday today' and I wondered who she was.


Polly Klaas was kidnapped and murdered by Richard Allen Davis, born June 2, 1954. She was born on January 3, 1981 and only 12 years old at the time. There is a dramatic Mars-Saturn synastry here.

Her Saturn at 9d35 Libra is square his in the 8th degree of Capricorn.
His Saturn is at 3d33 Scorpio and that is square her Mars in 3d Aquarius.
Her natal Mars is trine Saturn.
His natal Mars is sextile Saturn.
So, in the composite chart there is Mars square Saturn.
And they share a Mars-Saturn aspect (just like Queen Elizabeth and her mother did, so not necessarily deadly)

Here is her natal chart. The transits are for the day of birh of her murderer.

Polly Klaas natal chart, transits of June 2, 1954 (day of birth Richard Allen Davis)
He was punished for committing a capital crime. Because of killing her, he was stopped. Unfortunately, too late for Polly.

In the article on Astromarkt you find more of such examples, not always deadly:

1. http://astropost.blogspot.com/2010/02/synastry-brown-blair-mars-inconjunct.html
The nasty competition Brown-Blair is visualized by the Mars inconjunct Saturn aspect in synastry…

3. Other example of Mars-Saturn synastry http://astropost.blogspot.nl/2011/01/mars-and-saturn-in-synastry.html is the interaction of the charts of Jared Loughner and Gabrielle Giffords, his victim.