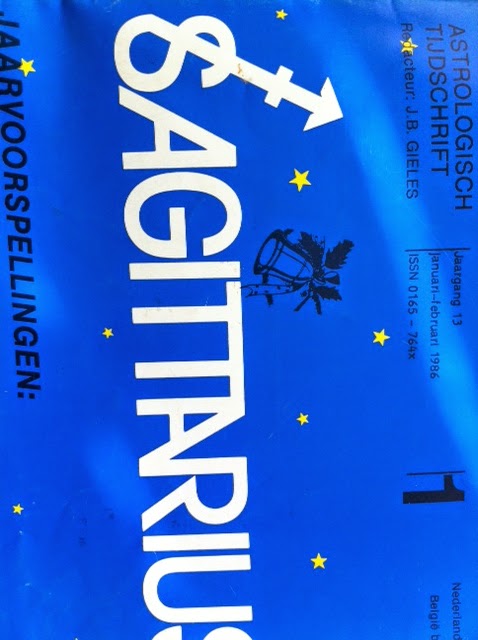 Dutch astrologer Jan Gieles was an autodidact who invented his own system for the progressed chart. Instead of adding the number of years, he added the number of years minus 1. (So your 20th progressed year will be your 19th then*). He said (and his followers still say so) that he had good results with that system. He explained that in the year before birth we are prepared for our existence on earth and that he felt that this was significant for the progressions. In the 70-80's astrologers used to focus on the psychological side of the chart and 'predictions' weren't appreciated much. He, however, said things like ' When the Moon is in Scorpio conjunct Pluto, this is very dangerous for the Middle East'. That, his special system and the fact that he wasn't a 'news paper sun sign astrologer' or busy on the internet is perhaps the reason why you haven't heard of him.

Gieles had his own magazine 'Sagittarius' , named after his Ascendant sign. I still have number 13:). I visited his class a couple of times, too, somewhere in the 80s. Subjects in my number 13 were chart analysis of the Queen and politicians, predictions, numerology, Sun signs explained, basics of astrology, homeopathy - astrology, the mythology of Saturn/Kronos and the 'nonexistence' of the Age of Aquarius (as there are no borders). He died in September 2007.

The astrological pattern of Jan Gieles' interest in astrology is in line with the pattern in the charts of other astrologers. His Jupiter/MC midpoint is opposite Uranus and his Jupiter is in minor aspect (112.5 degrees) with Uranus. Other interesting things in his chart:

His sign Gemini shows in the way that he instructed and in the fact that he didn't write a book, but published in a magazine.

*) It is rather difficult to use transits and progressions using Astro.com that way. You need to take the progressed chart of one year before with the present transits.

Also visit: Astromarkt.net perhaps to see the chart of Gieles and read the analysis in Dutch:): http://www.astromarkt.net/horoscoop-jan-gieles.html

PS An assistent of Jan Gieles works with the -1 system. Site http://home.knp.nl/jligteneigen/ and made a calculation program names Newcombe