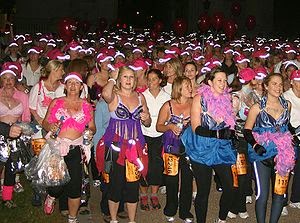 Mercury Retrograde never scares me. It is a great period to blame something else for your own stupid miscommunication. Really, I don't like the kind of mistakes that I made yesterday. It was rather confusing and a matter of 3x misunderstanding each other. It wasn't just me making mistakes. All 3 persons involved did. What else could it be then a Mercury Retrograde experience?
What happened?

First, my husband said he noticed that I payed for something  on January 19, that he already had payed for in December.
I didn't actually listen and think back much as I was on Twitter. I didn't exactly remember paying the amount, but the payment was already more than 2 weeks ago, I thought it MIGHT be so. So, I said: Oh, well, OK.  I told him that I would call the company next day.

So, the next day I did call the company to ask to pay me back. It was Mercury Retrograde already... The financial department of the company didn't quite understand my point and it took a while for them to check things. Then they said that the amount was due to arrive on my account any moment, because they already noticed the double payment.

Nothing happened. They didn't pay me back. So a week later, I wrote an email to explain the case and again asked for the money to be given back.

Soon as I had done that,  I noticed that the amount of January 19 was ADDED to my account. So, they had credited me. My husband had misunderstood the + and thought it was a -.
Still, strange enough, because WHY did they pay us back. It might be a matter of the insurance company paying them (though they first would not and that is why they credited us). And they also used a different bank account number than the one used for paying them. That explains. Or so...perhaps...

They mailed me back asap, and said that the payment was done 2 weeks ago. OK. But apparently they forgot to tell us about it and about the reason why they withdrew the bill.

Maybe this post is difficult to understand, either? In that case I point at Mercury Retrograde again. It is like doing the moonwalk for 3 persons! I don't intend to call them before Mercury is direct, of course. That is not because I think that Mercury Retrograde did this, but just to be sure!:)