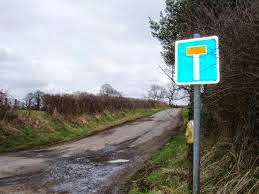 This week I noticed two examples of transit Saturn inconjunct progressed Sun and how different were they!

The first one was of a farmer who is in 'Farmer seeks wife' in my country. The people of his home town declared that they were ashamed because of his behavior towards the 3 women who are competing to become his one and only. He even got a nick name: Horny Geert (Geile Geert) and there is a little scary movie starring this man (see: http://www.luckymedia.nl/luckytv/2015/01/geile-geert/ ). In fact, he isn't that bad at all. He just faces hardness.
I wrote about his chart on Astromarkt (see: http://www.astromarkt.net/boer-zoekt-vrouw.html ) But, fortunately, the farmer lives in my country. He won't be punished, beaten or killed for kissing the ladies. It is so unlike what may happen when you live in the Middle East.

The second one was yesterday. Yesterday the world was confronted with another horrific criminal murder committed by ISIS. The cruelty and sadism of this crime made me cry. I know that we are in changing times of Uranus-Pluto and I know that Neptune in Pisces started ideological revolutions. But that doesn't change the sentiment: it felt as if they burned a neighbor's son. Muath al-Kasasbeh, a Jordan pilot in ISIS captivity,  was executed in the most cruel and painful way possible. CNN tries to explain why this might be a strategy. It seems that ISIS' supporters were asked how to kill the pilot and this might be the result of it. It is incomprehensible and goes against rule number 1 in the world: don't do to another what you wouldn't want for yourself. My transit Saturn opposition progressed Moon makes me feel very sad about what happens in the world today.

Does the chart explain why this happened to Muath now? Can a chart give us information on not natural deaths in times of war?

No. More persons were born that day. There is no hour of birth available, so that there is no information about Midheaven, Ascendant and Moon's degree. But, we know the transits and we know the progressions. but there is always a combination of indications for good or bad times. Even if we knew the hour of birth, we'd have to consider circumstances. Charts are not fate. They show us the nature of things and perspectives.

Unfortunately, the perspective of the Jordan pilot was colored by transit Saturn.

Both Saturn and Neptune bring bad luck and sadness. Together they are the combination of involuntary detachment. Mars-Saturn is the aspect of discipline, heroes, death and all acts related to duty and discipline.  Saturn-Sun aspects often confront you with criticism (correct or not), mistakes and with endings.

It depends very much on where you are (and how old), in what condition, and in what episode of history how transits of Saturn will manifest. Your personal situation and position depends on the nations' situation. When the nation is at war, your hard transits and progressions feel and come harder (see the links below).

It is always better to avoid being in an act of war or in a situation that might harm you. It is even more urgent when you have hard transits and progressions.

Here is the chart of the day of birth with transits and progressions.

Click and open in new window for larger picture

They say that the murder was on January 3. ISIS published their horror movie on February 3, when the progressed Sun of the victim was exactly inconjunct transit Saturn. Transit Saturn will be exactly square Mars later. In the progressed chart, the natal Sun inconjunct Neptune got closer. It is an aspect that sometimes refers to heroes (see http://astropost.blogspot.nl/2009/05/heroes-angles-and-sun-inconjunct.html ) or should I say: martyrs?

I am grateful to live in a place where farmer's kisses lead to 'funny' movies. It is such a different movie than the one that was shown to the world yesterday...


LINKS
http://astropost.blogspot.nl/2011/11/transit-saturn-opposition-moon.html It is not unusual to feel sad with Transit Saturn opposition Moon

http://astromarkt.net/mars-in-aspect-with-saturn.html Mars-Saturn is the aspect of acts out of fear, duty or discipline (being disciplined) and... death ends.

http://astropost.blogspot.nl/2009/05/transit-saturn-square-sun-during-war.html A member of the resistance was murdered because the group thought he was a traitor. He wasn't. He had transit Saturn square Sun at the time.

http://astropost.blogspot.nl/2011/02/transits-of-saturn.html Transits of Saturn and what they might mean.