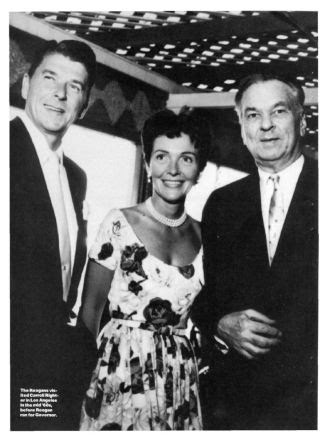 On Astropost you find charts of astrologers for almost every sun sign. They tell us about the indications for interest in astrology (or better: for a helicopter view) and they tell us in what way the sun sign of the astrologer is in line with the way that he or she practiced it. Carroll Righter's sun sign was Aquarius. He was an astrologer in the days that astrology was booming and 'The age of Aquarius' was a hit.

What he did was not new. Astrologers have been advising politicians and kings for ages and in some nations, they still do. It is an enormous responsibility and it requires some notion of politics and strategy. I remember a sad case of some years ago of an astrologer /clairvoyabt whose advices left him so poor that one of his famous clients bought him a carpet because he couldn't afford one. Some astrologers give million dollar advices for 100 box! So,  amazing how wealthy Carroll Righter was! (Maybe his Venus ruler 2 in 12 square Pluto ruler 8 helped him? Or maybe American celebs are more generous:).

THE ASTROLOGER'S PATTERN
Astrologers usually have a Jupiter-Uranus 'connection', consisting of a narrow aspect between Jupiter and Uranus, the Sun or Mercury in aspect with both Jupiter or Uranus. a Jupiter/Uranus midpoint combination with Sun, Mercury or Midheaven and/or an Aquarius Sun in aspect with Jupiter (or a Sagittarius Sun in aspect with Uranus). Mostly they have more of these connections, completed with a prominent Pallas (for patterns) and either Jupiter or Uranus in a prominent position. Let's see if Carroll Righter, who was a famous and successful astrologer, had this, too. Here is the chart:
There are 4 Jupiter-Uranus combinations.
1. Jupiter is conjunct Uranus
2. Jupiter and Uranus are sextile Mercury
3. Sun in Aquarius -ruled by Uranus- is sextile Uranus in Sagittarius (ruled by Jupiter) AND
4. Sun in Aquarius is in a 67.5 degree minor aspect*) with the ruler of the 10th house, Jupiter.
That is more that the rule of 3!

Neptune on IC and the 12th house Pisces Moon square Neptune/Pluto for a famous astrologer? Famous astrological advisors work behind the scenes..,So the combination is a perfect symbol for someone who discretely communicates with celebrities in the paranormal field. See how that Moon in Pisces 12 square Neptune/Pluto is reflecting the 'secret force' and paranormal sensitivity that a lot of people are afraid of? Did he really advice the Reagans?*) Or was it Joan Quigley? Or did they both?

Neptune on IC is a Neptune opposite Midheaven. This position symbolizes a career related to beliefs, ideals/ideology, media and/or mediums or... the movies! Neptune is the symbol of television and all that can't be smelled, seen or touched. It is the symbol of fantasies and what is fake.
His career started when he moved to Hollywood, a very Neptunic place...

Neptune rules his first house (Ascendant Pisces) and is calling (no aspects in orb 5 degrees), just like Saturn is. Midpoint Saturn/Neptune is connected to Midheaven and Sun by means of hard minor aspects. Saturn/Neptune is the midpoint of involuntary detachment  So I found it interesting to read that he hardly ever left his spacious house in the late sixties**). That is also in line with the 12th House Moon and Pisces Ascendant. It takes some study and being alone to study charts:).

Anyway, Carroll Righter had the Jupiter-Uranus 'helicopter view' connection and Pallas in 10 for using patterns as tools to be an astrologer. He had a lot of influence and probably loved the idea (Sun trine Pluto). He made astrology popular, too. With Mars in Aquarius in the 11th house, rising before the Sun and sextile Jupiter, he also had the energy to promote astrology.  This combination mirrors a drive to convince others (just like we see in the charts of the preachers in this post: http://astropost.blogspot.nl/2010/12/preachers-charts.html).
There is also an important Saturn (no aspects in sign within orb 5 degrees) for an important amount of ambition.

THE GOOD MOMENTS
But it also takes good opportunities and starry moments. Righter had his one with Transit Jupiter trine his natal Sun, when Marlene Dietrich became his devoted client after having ignored his warning for an accident (and breaking her ankle).

A long long time ago, in the year that I was born, Carroll Righter became a columnist. That was with progressed Midheaven and transit Jupiter conjunct his natal Sun AND Progressed Ascendant opposite Jupiter, all that, for a golden opportunity.

**) I found that interesting interview dated March 21, 1969 (in THE astrology days:) with Carroll Righter here: http://www.meetup.com/ncgrla/pages/Time_Magazine_Article_about_Carroll_Righter/