The Saturn in Pisces!!! of Perelman

Grigory or Grigori Perelman, a famous and mysterious mathematician, turned down a prize for solving a mathematical problem (he did that about 7 years ago). It is hot news now that he refused the prize. One site mentions that he said that an American mathematician (Richard Hamilton) deserved the prize, too. Others say that he is disappointed in maths. And some think that he is happy with the honour of solving the problem.

No scientist ever refused the Clay Mathematics prizes...But Perelman did it. This all happens with transit Pluto inconjunct his progressed Sun. That is a statement for lost self esteem or…for lack of balance (inconjunction) between authority (Pluto) and life style (Sun). The prize (Pluto) has a price (Pluto) that he won't pay:) Why didn’t he accept it? He could have accepted the prize and shared the money with the American, too.  Or the Clay Mathematics Institution could have considered to let them share the prize. Strange story?…He has Saturn in the last degree of Pisces (conjunct Aries Point and the fixed star Scheat), calling! (no Ptolemaic aspects) and I quote my ironic self about Saturn in Pisces:

The opposite of Jupiter in Pisces, endless mistrust. They seem to feel obligated to suffer, be lonely or their faith is a heavy load to carry. Very few politicians have this position

His Saturn has exclamation marks!!! Perhaps Saturn is also angular or ruling his Ascendant (he has a beard, he is alone, etc.) but that is just guessing. Jupiter and Uranus recently were at the same point by transit, offering a momentum of positive change. Here you see the positions on his day of birth, with transits and progressions:

MORE T&P
For those interested: there are more transits and progressions now. Transit Saturn is opposition natal Saturn and most often that is the kind of transit that shows the bad sides of responsibilities, career, age and status. Well, maybe the upcoming transit of Jupiter trine his progressed Sun brings luck? Because strange enough the man has Venus trine Pluto (perfect for earning money)! I would like to see the hour of birth for the position of Venus, Pluto and Saturn!
BATCHELOR
They say that Perelman is unemployed and lives with his mother.  The batchelor in the chart can be found in the Venus-Neptune opposition with Mars square Uranus (two out of four aspects for divorce/not getting married; the other two are Moon afflicted by Saturn or Neptune).
WHAT DID HE SOLVE? 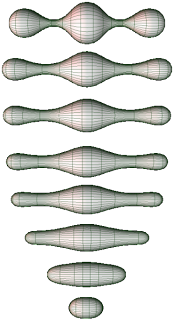 If you really want to know, follow this link...
HOW ABOUT YOU?
It takes more than the position of Saturn in Pisces to become a sort of a hermit. Naoki Hattori (a Japanese racing driver, see Mars-Uranus) was born on the same day. I don’t know if he is married or not, but I do know that the Saturn of Grigori Perelman must have an important place in the chart to become the aloof scientist that he is.
LINK
Youtube about Perelman
All about positions in Pisces... For more background info and examples, click the labels.