Divorce in the chart 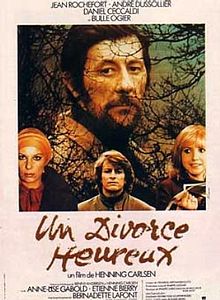 As charts are to be seen in the context of history, genes, gender, social position and culture there is no world wide guide line for marriage or divorce. A chart mirrors what is below. ('So above, so below' is also 'So below, so above').

Astrologer Ram found a pattern in the charts of divorced persons and in the charts of those who never get married at all. That was in the first half of the 20th century, so that we need to see the pattern in the context of history. It was exceptional to divorce in those days.
Today, it is much easier to divorce and (at least in Western Europe) nobody cares if you marry or not (and still live together as one). So things have changed. Also, the rich and those who live in the world of 'stars' find it less easy to stay married and easier to divorce. That is why they don't need that much of the found indications as in those days.

For men and women it is not good for long lasting marriages to have conflicts between the Ascendant and Descendant (the first and seventh house. So when there is a conflict between ruler 1 and ruler 7 or positions in the 1st and 7th house, there is problem in living together as one couple.

More of those afflictions increase the possibility of separations. With 2 or more of those indications it is harder to stay with the first marriage partner or… it is harder to get married at all.  Almost every time that I write about divorce, here or on Astrology&Love, I mention these findings.*)
AND...
Venus in Aries and Mars in Libra aren't stimulating relationships, I noticed. Venus is the mundane ruler of Libra and the 7th house. Mars is the ruler of the 1st house and of Aries. When they are in each other's sign, that is a weak placement for relationships.

LINKS
1. In 'How long will this love be going on?' I mention the power of the fixed signs (Taurus, Leo, Scorpio and Aquarius) in holding on to what they 'got', so that it takes them longer to decide that separation is the best. (http://astropost.blogspot.nl/2011/03/how-long-will-this-love-be-going-on.html ) But it is never the other way around. Barbara Streisand has many placements in fixed signs and she divorced.

2. In 'Multiple marriages, double bodied signs and Jupiter in 7' there are examples of divorce related to the 7th house cusp and Venus in the movable signs (Gemini, Virgo, Sagittarius and Pisces).
a. Barbara Streisand 'had enough' on Mars semi sextile Saturn and ruler 7 Venus in Pisces, quintile Uranus. But she is star.
b. Zsa Zsa Gabor (6 February 1915, 20:08 CET Budapest) married 8 times. Her chart has Venus in Capricorn square Aries Point, but she has Pisces on the cusp of the 7th house and the ruler of Pisces (Neptune) is 'calling', biquintile Mercury ruler 1. Picture it: ruler 1 Mercury biquintile the 'calling' Neptune ruler 7 for a creative (biquintile) way to relate at any kind of level...
So there are also creative and 'easy' aspects pointing at divorce.
http://astropost.blogspot.nl/2009/02/multiple-marriages-double-bodied-signs.html


3. Danny de Vito was talking about divorce. There were very few indications for divorce in the natal chart, but it is harder for a rich man:)
http://astrology-love-romance.blogspot.nl/search/label/divorce


Here are some examples of following 'the rules' of Ram:

I. In 'Divorce and the charts of women' you see the pattern in the charts of Caroline and Stephanie of Monaco
http://astropost.blogspot.nl/2011/07/divorce-in-charts-of-women.html

III. Roger Vadim and Brigitte Bardot had 'the indications' as you may see in this post on Astrology&Love that I quote here:
" Vadim married more than once. Moon square Saturn and Mars square Uranus are two of the indications for divorce in a man’s chart. Bardot has Mars opposition Saturn and a double bodied sign on the seventh house cusp to illustrate the risk of divorce or separation. She married three times. She is now still married with number three, a right conservative politician."
Use this search label 'divorce to find that story and more on Astrology&Love: http://astrology-love-romance.blogspot.nl/search/label/divorce

IV. More personal example: a family member (female) with Sun and Venus square Uranus and ruler 1 in conflict with ruler 7. She married and divorced twice.

V. Princess Anne of England married twice. Her natal charts has 3 out of the 4 indications for divorce for women*) and a conflict between the rulers of the 1st and 7th house. That is enough for at least one divorce.

VI.  Princess Irene has all of the four aspect combinations of possible divorce in her chart, but only 2 of them are difficult (the square and the quindecile):

As I said, it is the context (the culture) that 'does it'. It is also the character that does it. Sometimes there is a 'happy divorce'. Sometimes circumstances change very much and it is the progressed chart that contains the indications for separation or divorce. People are individuals (most of them:). Yet, maybe sometimes, the natal chart is involved:).

*) PS I find it interesting that the conflicts between Moon, Venus and Neptune are also found in the pattern of artistic talents… (see Art&Astrology).

I found this article very interesting. Especially after have a close friend go through divorce in Newfoundland. I guess I'd never looked at divorce in this way.

So many divorces these days. If you need a lawyer to help you with a divorce in Newfoundland, now you know where to find one that can help.

We have been in this relationship for more than 23 years-since 18-when we got married we were young -
we had all these aspects -more than two ,or three of them-that is love more powerful than these aspects-
love means sincerity,respect and commitment
people nowadays lack tolerance,foresight,wisdom-