The sex incident in the chart of John Wayne Bobbitt 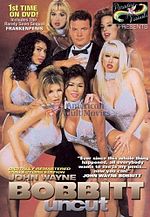 There are few men who beat up their wives and get such a violent answer. Most of them get away with it. So there must be some sign of 'punishment' in his natal chart and there is.  It is Mars inconjunct (quincunx) Saturn and Sun.
Saturn rules the 8th house of life, death and sex. Mars is the ancient ruler of the 8th house and rules the male sexual organs. Inconjuncts reflect loss. So Mars inconjunct Saturn ruler 8 is a perfect way to describe discipline (Mars-Saturn) or being disciplined  and losing (inconjunct) a sex organ (Mars).***)
This is of course not the only indication for getting hurt, related to the other gender. Let's see how his chart looks like.


- Pholus (IMO) is also a phallus symbol.*). With Pholus conjunct Midheaven the social position of a person is likely to reach a turning point at some time in life. Think of Susan Boyle.
- The Moon is a female symbol and the symbol of education (in the first years), taking care and those who take care of you, needs and habits or customs.

- Minor aspects are 'hidden' aspects of a character or person. They don't show up at first sight. The novile is 1/3 of a trine. The quatronovile is 4x a novile. This minor aspect Venus qn Neptune says that he is a romantic guy. You wouldn't believe it, perhaps, but he kept sending Valentine cards to his ex. The biquintile is 2x quintile (Moon-Saturn biquintile = creative way to control emotions).

Midheaven and Ascendant are related to the exact time and place of birth. No other person (usually) has the same combination of Ascendant and MC degree with the Moon and Sun/moon.


Here is the chart of John Wayne Bobbitt with transits and progressions of the day of the incident:


LINKS
*) On Pholus and the phallus symbol: http://astropost.blogspot.nl/2012/07/mars-pholus-and-phallus-male-supremacy.html

The story on Wikipedia: http://en.wikipedia.org/wiki/John_and_Lorena_Bobbitt


***)
Of course, it isn't so that every person with Mars inconjunct Saturn ruler 8 will have the same experience. A chart is a description in symbols. Those symbols represent such a variety of words that in this case, for example, he could have died, too. But he didn't. He survived, was 'repaired'.


PS You can help to keep Wikipedia free (no advertisements) and running! Donate, or if you can't tweet #keepitfree