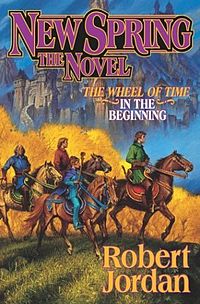 When the Sun leaves Pisces and enters Aries, a new cycle stars. The first degree of the astrological zodiac is Zero Aries (0-1 Aries) and the last one is 30 Pisces (29-30 Pisces). The exact moment of Sun in 0 Aries is the moment of astrological New Year.

It is an interesting and complicated Astro New Year's chart of 2013!
The chart of this New Year has a Yod (Jupiter with Saturn-Pluto) and the Moon-Uranus square is in aspect with Pluto. Meanwhile there is quintile Venus-Jupiter.


- Venus quintile Jupiter
Great for a party or a wedding! This aspect creatively increases fun and pleasure. It is a 'sweet sugar, sweet candy' aspect. The nasty side of a Venus-Jupiter aspect is getting fat and ... diabetes.  But not yet, not today. It might be a sign for a creative (quintile) solution (Jupiter) regarding money (Venus) and banks (Venus).


- Moon square Uranus
This will be mirroring the need for change, surprise, shock and news (again and again, sometimes disturbing). It is the aspect of emotional detachment and a moment of panic. Both Moon and Uranus are in aspect with the Yod.

- There is a Yod with Jupiter on the Apex. Saturn and Pluto are inconjunct Jupiter in Gemini. Governments and institutions are trying to find a balance in the budget, in taxes and in the world of money business (banks). Will the finger pointing at Jupiter point at hope and growth? Does this Yod reflect the success of austerity?

I think of what happens in Cyprus. The plan was that money of the people should be taken away in order to save the banks. The people didn't buy it. The parliament voted against it. The Euro dropped. It was communications with a loss involved. And now what? Those who studied economy don't know what to do next, it seems. There is a continuous stream of bad banks, countries in trouble and increasing pain for the citizens. Pluto in Capricorn and Saturn in Scorpio seem to cooperate to create ' die hards' , survivers only. Jupiter often is a help in times of trouble. Jupiter is the symbol of protection. Pope Francis used the theme of protection (Saint Joseph) in his inauguration speech. He pointed at the importance of helping each other and helping the poor, the common people. There is something in this Yod that reminds me of those words.

Jupiter is part of the Yod. Jupiter is quintile Venus. Let's see if the quintile as creative as it is supposed to be... Maybe then it is a real happy new year in Europe!


In New York the astrological New Year starts early in the morning, at 7:03 a.m., with Venus rising on the horizon. It may not be visible amid the sky scrapers, and the light of the Sun might be too much for the small planet, but Venus IS angular in the NY NY's chart. Here is that chart:

LONDON UK ZERO ARIES 2013
In London UK it will be at 11:03, with Moon and Pluto on either side of the horizon.
Here is the chart:

AMSTERDAM, BRUSSELS, PARIS ZERO ARIES 2013
In Western Europe it will be at 12:03 and here is the chart:

Mercury and Neptune are on the Descendant in this chart.

External link:
http://jhaines6.wordpress.com/2013/03/03/the-astrology-of-march-2013-shuffling-the-political-and-economic-deck-paul-boudreau/
Also on the positive side...