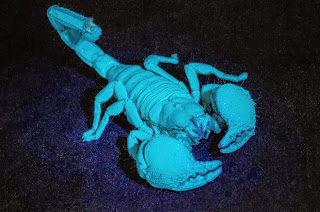 It is Scorpio time!

Those born in the astrological sign Scorpio will soon celebrate their birthday and some of them (in particular those born between November 3 and 9) start the new solar year with Saturn conjunct Sun in their solar return (birthday chart). That sounds harder than it is. You need at least 3 indications for important changes and I experienced Saturn conjunct my Sun as a beneficial kick (and I won't tell you where, but it is part of the Scorpio symbols).  I was confronted with the end of a period in life and facing the facts, my age, my responsibilities. That is what Saturn does and it isn't always easy to say goodbye, especially when people are involved. I almost forgot to mention that my social position improved as a result of the hard times reflected by Saturn, because of the kick... but I agree that that was much later. Saturn ends and Saturn stops and sometimes it is better that way. If you want to know more about transit Saturn, click the label or here and you get a few examples, or click here for transit Saturn and the Sun.

There is more on Scorpio in 2014 on Astromarkt

As Jupiter is in a trine with Scorpio, those born between November 8 and 22 may need some rest in this time of ups and downs. They could try to get some in the days that Venus is on the side of Scorpio.

But the best thing for most Scorpios is that Saturn is leaving their sign in 2015, right from the start. Often, when Saturn  leaves a sign or a house, it is with giving a present (a bit like Santa or Sinterklaas). You were worried, you did the best you could, you were brave and in the end you get some candy:) or a real present. It is always afterwards.

Jupiter helps, always, and sooner, especially those who celebrate their birthday on November 11, 12 or 13, with Sun trine Jupiter in their birthday chart. Jupiter is the planet of the international traveler, the successful person, the succeeding student and the arrogant know-it-all or cheating winner. The last two are, of course, never born under Scorpio!:) All those who celebrate their birthday between November 2 and November 22 and is planning a big trip: do it in 2014. It is a perfect year, especially in the first half. Later in 2014 Jupiter might overdo it a bit.

Were you born between November 15 and 22, than you have to wait for a second round of Jupiter, starting in 2015 in July. But the person born around November 8 gets several chances to sail away to the end of the rainbow, because Jupiter hits his natal Sun several times.

Lucky times in the second half of 2014 for Scorpio's aged between 30 and 60 because Jupiter makes life better, somehow.

Of course, your own individual chart would give much more insight in how the astrological weather is in 2014. But, apart from the fact that the serious side of life is demanding attention, there is a positive tendency
for most of you, Scorpio, in 2014.

Please remember that a sun sign is not a person and vice versa. Also think of your progressed Sun sign. Add as many days as your age to the date of your birth and you know what sign that is. Hillary Clinton, for example, is 66 years old. October 26 + 66 days is December 31, around the 10th degree of Capricorn. Her solar return chart has (transit) Uranus and Pluto in a hard aspect with her Progressed Sun. That means a hectic time, nervous stress and change in the way that her life goes on. These transits were there all the way in 2013 already, right now they have a special meaning. Whatever she intents to do, it there might be unexpected problems or umm...challenges. Like bears on the road. It depends on where YOU are, how to deal with that...:) 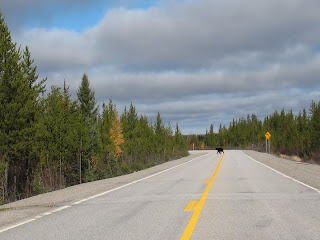 LINKS
There are a lot of post about Scorpio here... The latest is in Scorpio's defense