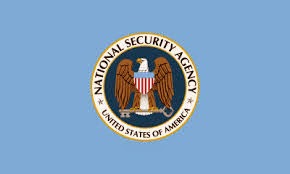 Perfect description of the present situation (given the circumstances). Allies like Angela Merkel are angry about the NSA spying on them. Obama said that he didn't know. Now the papers say he did ( http://www.dw.de/new-media-report-suggests-obama-knew-nsa-spied-on-merkel/a-17185662 ) Transit Saturn square Sun makes you face mistakes.

Transit Neptune inconjunct Mercury adds confusion.
Transit Neptune inconjunct his Mercury is a bad sign if you want others to believe what you say. Mistaken words, unclear statements, gossip and hiding facts work against you when Neptune comes along. Neptune is the symbol of mist, fantasy and all that is hidden and fake. It seems that those who work in or with the NSA can't stop leaking. And leakage is Neptune, the in conjunction is lack of balance and possible loss, Mercury is about KNOWING.

Is that enough to illustrate the situation? There is more if you want it. The progressed Moon conjunct cusp III, entering the 3rd house of communications, on her way to a quindecile with transit Saturn, promises worries ahead and a focus on communications. There is a lot of repairing to do in the next days and weeks.

It would be very bad if the progressed Sun didn't trine the Moon and if progressed Venus didn't square natal Moon. The moon is the symbol of popularity and Venus-Moon represents the need to be loved and all that eases feelings. Germany and the USA aren't enemies.

The NSA-revelations in a period of Saturn-Sun and Mercury-Neptune are difficult to deal with. Barack Obama is still an ally and a friend. Maybe this bad moment has a feel-good-ending, anyway? But not after a dramatic change in Angela's opinions, I guess, because transit Pluto and transit Uranus (the combination of revolutionary change, revolt and nervous stress) are making hard aspects with her Mercury.

Barack Obama and Angela Merkel ( Hamburg, 17 juli 1954 ) share an aspect (more on sharing...). Both have a difficult connection between Sun and Neptune. Being an idol and having to deal with the media isn't always easy and they both know it. They also share idealism or beliefs. Nevertheless: sharing Sun-Neptune doesn't mean everlasting sympathy. Both have a square between Sun and Neptune. This hard aspect, in the end, mirrors disappointment.

Sun and Neptune shared in aspect gives you shared ideals, dreams and faith or even a shared idol! But with hard aspects you might share the same disillusions as well or this relationship is disillusive. Cooperating could work out best in an asylum or in a non-profit organization where they can help others, and each other.
Another possible combination is between enemies and with Sun in hard aspect with Neptune shared. Ideology stand between you as was the case with the murderer of director Theo van Gogh who shared Sun square Neptune.