Martina Navratilova has been diagnosed with breast cancer and is going to have a 6 week radiation therapy starting in May. She said that she was angry about losing control and that the doctors are positive about the chances to beat the cancer.

She has a typical combination in her chart reflecting the present situation: the (progressed and natal) angles of the chart are being hit by a number of transits of Saturn, Neptune and Pluto…and by Pholus.

- Pluto is in the sixth house. Transit Pluto is conjunct Midheaven (because of an illness: a challenging, stressy or dangerous condition or position, survival and forced come back or …a therapy).
- Neptune is now conjunct progressed Midheaven (isolation, negative condition)
- Saturn is square progressed Ascendant (depressing situation)
- Progressed midpoint AC/MC is in hard aspect with Neptune (dissapointment)
- Also transit Pholus in the 16th degree of Sagittarius is quindecile the progressed Ascendant of Navratilova and mirroring the fysical turning point. Pholus is retrograding and will than square Venus (again).
- Transit Chiron is opposition natal Pluto (therapeutic healing)
- Transit Jupiter is almost square the progressed Sun (and that is positive). Also progressed Sun will be square Jupiter in 2 years time, to make life better. 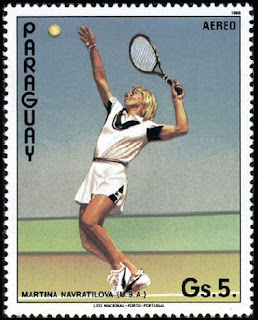 Martine Navratilova is a tennis legend. Mercury or Gemini use to be important in the charts of those who use their arms and hands as much and profressional as tennis players do. Navratilova has Mercury on an angle in Libra, in mutual reception with Venus. Mercury is square Midheaven. The Moon in Aries is opposition Mercury and on the Ascendant, conjunct Ceres (symbol of the genes). This shows the importance of the female roots for her fysical condition. Her mother and grandmother also played tennis! This Moon conjunct Ceres on the Ascendant is also mirroring the importance of the habits of nutrition: she is a vegatarian.

Martina is also famous for her coming out as a lesbian in 1980, when progressed Sun and progressed Pallas conjoined, transit Saturn and Neptune ‘hit ‘ natal Jupiter and Jupiter was square Saturn. The earlier post today was about the disadvantage with the advantage joined in Jupiter-Saturn combinations and perhaps that is what she experienced at the time (when she lost a few sponsors).

CHANGING REALITIES
She also changed nationality. She originated from (then communist) Chechoslovakia, went to the States in 1975 (with Saturn square Ascendant and Jupiter inconjunct Quaoar, semi sextile Ascendant: pro’s and contra’s of a new reality) and became a USA citizen in 1981, but in 2008 she gave that up again for her former nationality.

Could that be the reflection of Uranus inconjunct Midheaven or Quaoar on the Descendant or both (Uranus sesquisemisquare Quaoar and 105 d from Ascendant). This combination of Ascendant-Uranus-Quaoar feels like a sudden and repeatedly - on and off - changing creation of new concepts of being and presenting herself.