Charts are sometimes tricky tools and that is because it takes a lot to create them. You need an event or a birth, the right day and year and place, preferably the exact clock hour and minute of the event and you need to know the time zone. 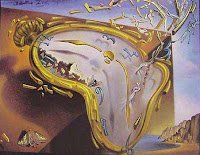 In my country the hour of birth is noted, but not the exact hour. They use a 5 minute interval. Before 1945 they used an interval of half an hour, so that is improvement. When we go back in time the difference between the day of birth and the day as noted in the birth certificate might be 2 to 3 days: they used the date of notification or even the day that the little one was baptized. The hour, day and year of Jeanne d’Arc is in fact unknown. Just google the internet and think: she was born poor, a peasant girl. She lived in a period in history when the personal individual chart was not important at all. What mattered was the chart of a king or queen and mundane astrology. Why would they even bother to note the hour of birth if they didn’t mind about the day of birth. Jeanne d’Arc was born about 1412 or January 6, 1412 or circa January 6 1412 or probably (Catholic Encyclopedia) and yet there is a chart (DD rated) on Astrodatabankwith even an hour of birth based on a story about roosters singing when she was born at sunrise. But, wasn;t that just a bad omen? You know: peasants didn’t have watches at the time and the fact that the hour of birth was linked to roosters tells me that they didn't have a clock either. That is why it is a DD rated chart. A DD-rated chart is far from specific and correct. The degrees of Ascendant, Midheaven or Moon in such a chart can't be used at all.

A-rated charts are often ‘ from memory’ . I have a mother in law who remembers that her 3 children were all born around 7:30 a.m. but the father remembers that one of them was born at about 10.

AA-rated charts are charts with a birth record. That means that the doctor noted the hour and minute of birth. But what if his/her watch was not pointing at the correct minute? My watch doesn’t, I always have to set it.

I posted about Richard Ramirez some time ago and used a February 28 date. Someone told me that it should be 29 and when I quickly checked the internet I thought that she was right and removed the post. Google it and you will see. However, astrotheme and Astrodatabank both mention 28, it is an AA rated chart. But when you double check it, you get confused...

A while ago I thought to have found the chart of a Dutch politician and a few months later I read that it was a guess chart that had been taken over without mentioning that. Guess chart often look like the right charts, when they are not. I could have know. In my country the use a 5 minute interval in the BC and this one had even seconds! A recent example of the importance of times zones is the post about the death of President Kaczynski. The chart could not be made with CST for Poland, not in my program and not on Astro.com, as the Efemeris just didn’t have CST in stock. The A-rating had not been changed yet. Ay, problems, problems…

Anyway, I deleted the post about Ramirez, but I kept the story in Word. And I won’t read the chart of Jeanne d’Arc, ever...
Next chart will be an AA-rated double checked one, at least… Or shall I just skip charts to avoid this?:)

What I mean to say is that calculating charts is tricky business, even more when even days or years of birth are not certain. You need to have a when and where and what to start reading the story. Once upon a time and place is not enough when you want to use progressions and transits. It takes a lot of time to check, check and double check. The effect will be: less posts. Or more without charts, like this one.

Email ThisBlogThis!Share to TwitterShare to FacebookShare to Pinterest
Labels: Astrology